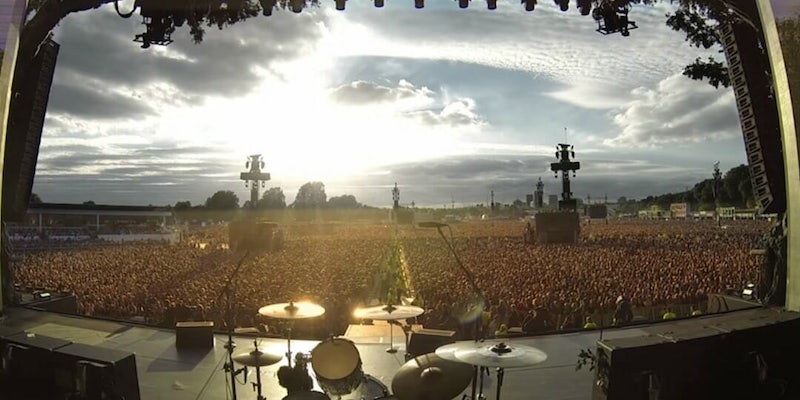 Is this the real life?

One beautiful London evening, Green Day was about to take the stage, when, Queen’s “Bohemian Rhapsody” began playing over the PA system. Suddenly, the wait for the headlining band to take the stage turned from irritation into downright ecstasy.

And the resulting video, featuring nothing more than an empty stage and tens of thousands of people singing, might just make you a little emotional. Blame the fact that it’s people feverishly singing Freddie Mercury’s lyrics in his home country, or that the sun is setting just so—but don’t deny it’s a powerful clip.

This is not the first time this has happened before a Green Day show. Four years ago, before another gig in London, this happened.

A note for any band who needs an opener that will get the crowd excited: Queen is a pretty solid choice. Because, as one YouTube commenter wrote, “Only Queen can rock an entire stadium without even being there.”