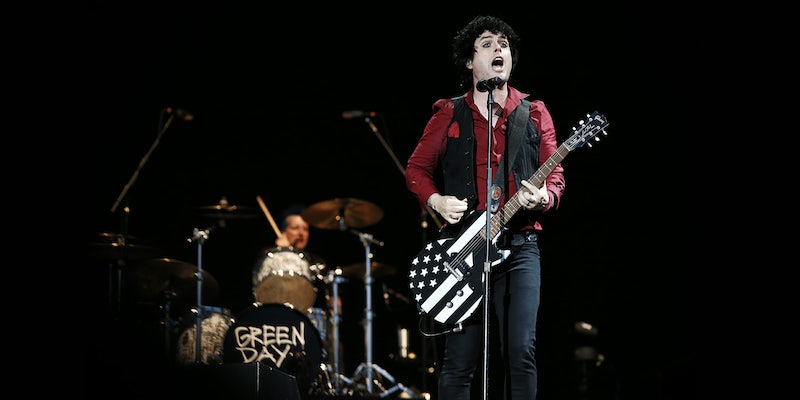 Don't wanna be an American idiot.

President Donald Trump is pausing from hearting tweets about how he’d make an awful commander-in-chief and mocking the Me Too movement to visit our allies in the United Kingdom. Trump is already prepared for the trip to go poorly and the Brits are ready to welcome the leader of the free world by turning a 14-year-old Green Day track into a theme song of sorts to mark the president’s visit.

A social media campaign launched in May urged Brits to make “American Idiot” the No. 1 song on the singles music charts before Trump arrives next week. The song, originally written about former President George W. Bush, is slowly making its way up the U.K. charts.

Chart Data is reporting that “American Idiot” has cracked the top 20 on Britain’s official singles chart and made a few random appearances on the top 10 and top 20 iTunes’ singles chart in the U.K. over the past few days.

Just in case you’ve never turned on a radio in your life, here’s the official video from the 2004 hit.

Trump is right in believing his trip to the United Kingdom won’t be all fish and chips and chipping around the Old Course at St. Andrews. Protests and massive Baby Trump balloons are planned for when the president touches down in merry-old England.

Meanwhile, in the United States, only 925 days left to go.