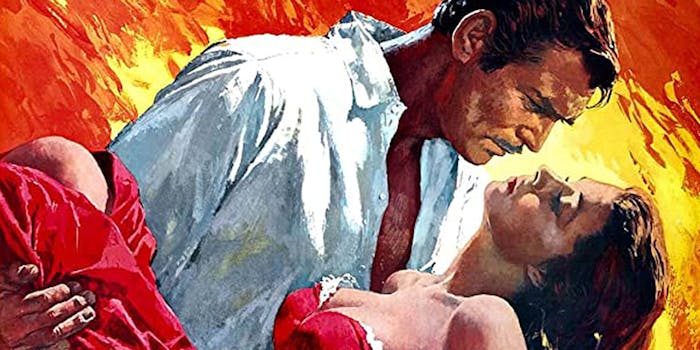 Gone With the Wind/Warner Bros.

Host and scholar Jacqueline Stewart will record the introduction.

Last week, HBO Max temporarily removed the classic film Gone With The Wind from its library, citing that it would eventually return to the streaming platform with “a discussion of its historical context and a denouncement of those [racist] depictions.” And now we know what that introduction will look like.

In a CNN op-ed published over the weekend, Silent Sunday Nights host and film scholar Jacqueline Stewart revealed that she would be doing the introduction to Gone With The Wind to include context to the 1939 film for its depiction of racist stereotypes, white supremacy, slavery, and myths about an idyllic Civil War-era South.

Stewart highlighted some of the things worth examining in Gone With The Wind, such as the performances of Hattie McDaniel and Butterfly McQueen in a time when roles for Black actors were rare and one-dimensional. It’s also a film that’s stood the test of time, has had several home releases, returned to theaters for anniversary screenings, and even was the first film to air on Turner Classic Movies.

“For me, this is an opportunity to think about what classic films can teach us,” Stewart wrote. “Right now, people are turning to movies for racial re-education, and the top-selling books on Amazon are about anti-racism and racial inequality. If people are really doing their homework, we may be poised to have our most informed, honest and productive national conversations yet about Black lives on screen and off.”

Apart from the introduction, Gone With The Wind will otherwise be presented in its original form.

But even with assurances from HBO Max that Gone With The Wind would return to the streaming service unedited save for that introduction, some cried censorship despite the fact that it was widely available to rent or purchase elsewhere; since the film’s removal from HBO Max, it reached the top of Amazon’s charts.

“We failed to put the disclaimer in there which basically sets up the issues that this movie really brings up,” WarnerMedia chairman Bob Greenblatt said on The Jess Cagle Show. “We took it off and we’re going to bring it back with the proper context. It’s what we should have done. I don’t regret taking it down for a second. I only wish we had put it up in the first place with the disclaimer. And, you know, we just didn’t do that.”

Gone With The Wind‘s return to streaming has yet to be announced.

WATCH: What Is HBO Max?