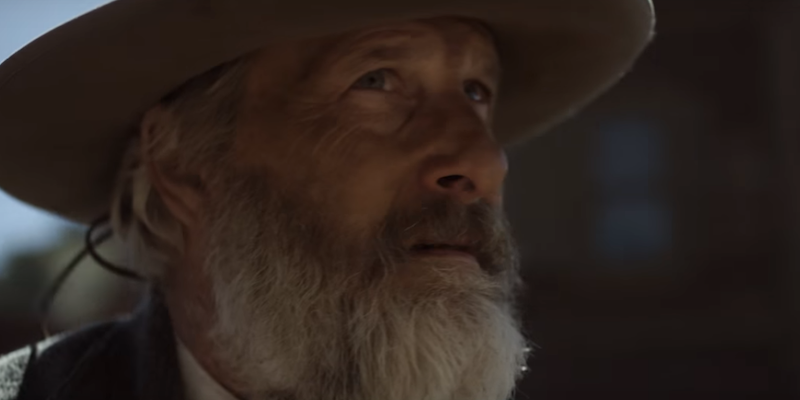 ‘Godless’ moseys along a frustrating trail

The Netflix Western is loaded with talent, but it's a drag all the same.

It has all of the bonafides you want in a prestige show, with a strong cast led by Jack O’Connell, Jeff Bridges, and Michelle Dockery. It’s executive produced by Steven Soderbergh. Most importantly it’s written and directed by Scott Frank. Frank has written some of your favorite movies (Logan, Out of Sight, Minority Report, Marley and Me). He’s also directed a pair of supremely underseen films in The Lookout and A Walk Among the Tombstones.

Godless is a show that follows its own playbook, even though it is operating safely within genre confines. Even when it’s going through familiar beats, there is enough to make it feel like its own thing. That makes sense because Frank writes clever movies that don’t flaunt their intelligence. He plots his stories meticulously. Godless operates in similar ways, only this time the tightness of Frank’s other work gives way to looser time constraints.

That extra running time (five of the series’ seven episodes run over an hour) allows for the small moments that build characters and relationships. Like the scene where a man is teaching a teenager to ride a horse and is repeatedly thrown off. Or the scene where the same two are out on a ride around the woods. These scenes, and others like them, are the best parts of Godless. The downside of the extended screentime is that too many scenes drag. If you aren’t invested in the characters or action of the scene, Godless can be a slog.

The main engine driving Godless is a cat and mouse story. O’Connell plays Roy Goode, a rough and tumble sort on the run from something or someone. Daniels plays Frank Griffin, an outlaw who leads a pack of men around. In between those two figures are Scoot McNairy as a local sheriff and Michelle Dockery as a loner with a traumatic past. Most of the action takes place in LaBelle, New Mexico, a town where nobody appears to be happy.

O’Connell and Daniels are the standouts here. The acting is good up and down the cast, but Roy and Griffin are the only truly interesting characters. Daniels sells Griffin’s many longwinded monologues, and also captures the many contradictions of the man. Griffin is an unequivocally bad person, but he has moments where he is being genuinely sympathetic. Or at least Griffin believes he is. In these moments Daniels puts on a look that almost makes you believe it too. The secondary characters are too thin to carry any scene that doesn’t feature the two leads. That’s a shame because there is more than enough space within the narrative for other characters to flourish.

The most compelling thing about Godless may be the gender dynamics simmering in the background. Given the Western genre’s general male bent, it’s not surprising that most of the men travel in packs and do the kind of things these Neanderthals do. To counter that the show has a clever conceit. The town of La Belle is comprised entirely and, curiously, by women. The contrast between the two factions covers much of the ground you’d expect, but it’s visually and dramatically jarring to move between the two. I mean that as a positive. It also helps draw out the tension between whenever the gender pools mix. More of this, please.

Frank has a good eye behind the camera. The cinematography, handled by Steven Meizler, is stunning at times. The show does an excellent job capturing the vastness of the western United States. You’ll want to hang some of these images on your wall and bask in the wonder of nature. Like most Westerns, the alluring landscapes can turn hellish in an instant. But in the case of Godless, those turns almost always come with human interference. It’s not quite that black and white, but it’s there. It also re-enforces the idea that man and nature are intertwined, capable of stunning beauty and horrific savagery, often at the same time.

Godless will satisfy most fans of the genre. It has enough going for it to patch the parts that feel familiar or grow tiresome. Come for the top-shelf talent involved, stay for the lead performances, crisp photography, and lovely music (courtesy of T Bone Burnett and Carlos Rafael Rivera). You’ll just wish it was more entertaining.