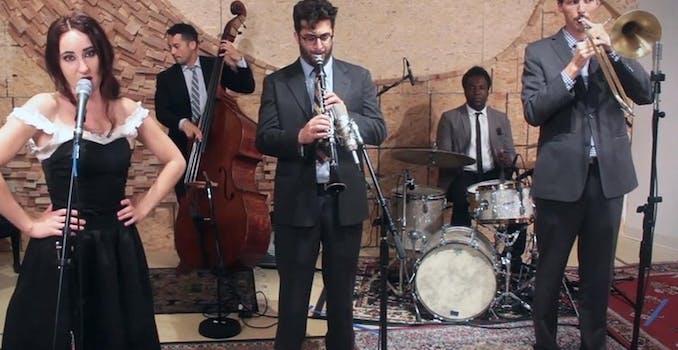 It's an update of the version used in Bioshock Infinite.

From Pitbull and Ke$ha to Cyndi Lauper, there’s no bounds to Scott Bradlee‘s musical reimaginings.

Bradlee, who’s brought us countless imaginative versions of amazing pop songs with his Postmodern Jukebox, now takes on Lauper’s ’80s classic, “Girls Just Wanna Have Fun” in a 1920s waltz style. A version of the song appeared in Bioshock Infinite, for which Bradlee provided several musical arrangements. While this particular version didn’t appear in the game, Bradlee says on his YouTube channel that this version and performance is a thank-you to the game’s music supervisor, who found his music via YouTube years ago, and to the entire team behind the project.

Grab your partner, and start waltzing around your room. We know you can’t help yourself.