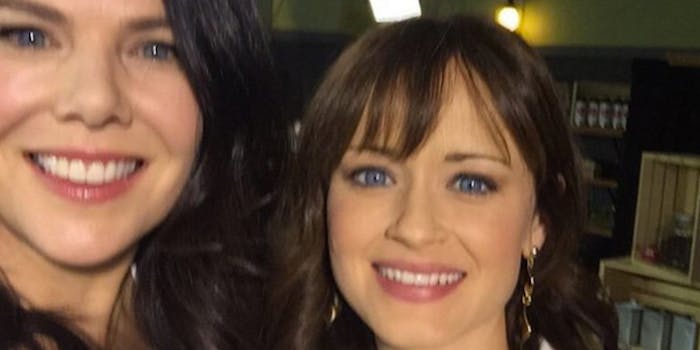 A fresh coat of paint on both Miss Patty's dance studio and Kim's antiques? Promising.

Could a Gilmore Girls reboot already be underway?

Both Netflix and Warner Bros. have yet to weigh in on the rumored revival, but actress Lauren Graham (Lorelai, forever in our hearts) has been pretty suggestive on Twitter:

DUDES. I can't confirm this. But I also can't deny this… https://t.co/KO8gA7j6Us

And now things are looking even more promising, thanks to pics taken by Twitter user caddyglass during a recent trip to the Warner Bros. lot in Los Angeles.