And there's a GOOP joke.

Having trouble keeping it together before the Netflix Gilmore Girls November release date?

Show creator Amy Sherman-Palladino has your back. She released the first page of the script to tide you over—that’s page one of episode one, “Winter.” (It was previously revealed that all of the new episodes will be focused on the seasons.)

In it, we see Rory returning home, and Lorelai with not one but two cups of coffee. 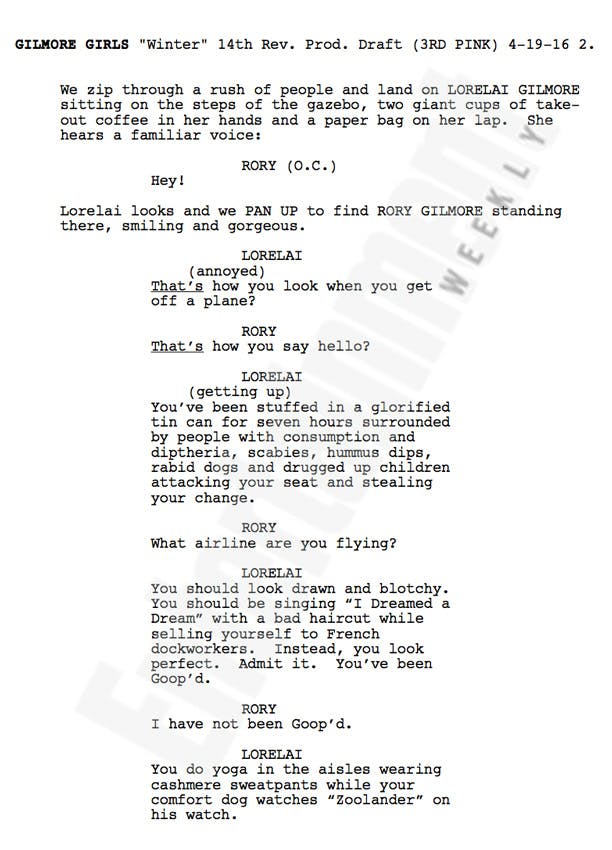 first page of the new gilmore girls script for netflix is tite pic.twitter.com/yziBf7RzBf