It's been gnawing at you since the show's resurrection. Here's why.

Rory and Lorelai have soared back into our lives with the highly anticipated, Netflix-funded comeback Gilmore Girls: A Year in the Life. Set roughly 10 years after the original finale, the reboot reunites the cast and introduces fresh, unfamiliar faces, too.

Well, seemingly unfamiliar. Until you realize that Emily Gilmore’s new housekeeper looks all too familiar, and it’s been bugging you since the start of your binge-watching weekend. 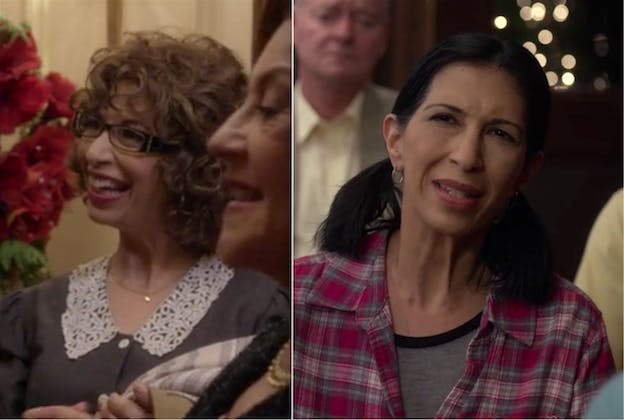 Lauren Graham, the actress who plays Lorelai, revealed on Twitter that Abdoo’s reprise in the show as the housekeeper was unplanned. But for the Gilmore Girls fanatics, seeing Abdoo shine on-screen again is the icing on the cake to the show’s comeback, even if her casting was unintentional.

Rose read it for fun in a table read because they hadn't cast it yet, and she was so hilarious they had to double her up! https://t.co/tnfAhHOZIp

If you noticed Abdoo instantly, we applaud you. And if we spoiled it for you, we’re sorry.