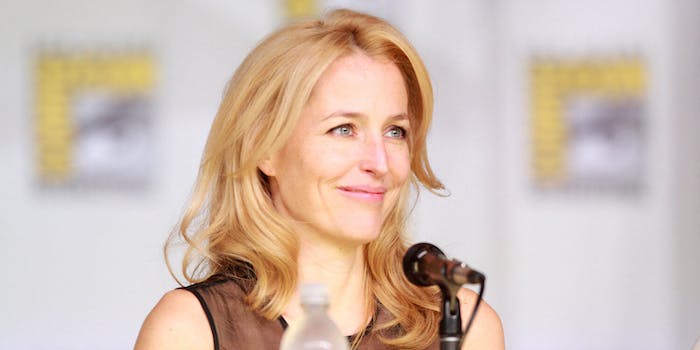 Gillian Anderson confirmed as Margaret Thatcher in ‘The Crown’ season 4

The Crown‘s third season debuts in November, but the Netflix series is already teasing season 4 and has confirmed the addition of Gillian Anderson as Margaret Thatcher.

Netflix announced the news on Saturday, confirming casting rumors that started earlier this year. Anderson, who also stars in Netflix’s Sex Education, said in a statement that she is “so excited to be joining the cast and crew of The Crown and to have the opportunity to portray such a complicated and controversial woman. Thatcher was undoubtedly formidable, but I am relishing exploring beneath the surface and, dare I say, falling in love with the icon who, whether loved or despised, defined an era.”

The Crown season 3 is set in the ’70s, with Olivia Colman now starring at Elizabeth II. Season 4 will ostensibly pick up in the late ’70s, as Thatcher was the British prime minister from 1979 to 1990. Colman and Anderson in the same series is undoubtedly formidable, but the casting news still left some people “conflicted.”

“Very much looking forward to being able to use the line ‘I haven’t felt this sexually conflicted since they cast Gillian Anderson as Margaret Thatcher in The Crown,'” one Twitter user wrote.

Very much looking forward to being able to use the line "I haven't felt this sexually conflicted since they cast Gillian Anderson as Margaret Thatcher in The Crown".