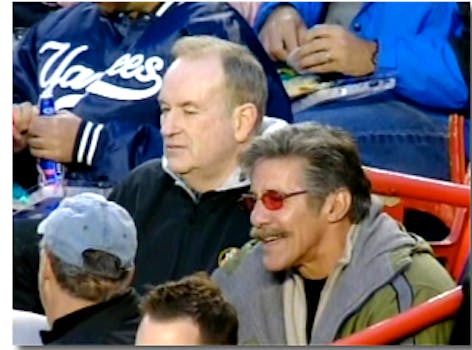 The faux-pas-prone Fox commentator is a big fan of the hoodies he says young black and Hispanic men shouldn't wear.

Called Geraldo in a Hoodie, the blog features pictures of Rivera donning hoodies. Although there are only seven entries so far, the blog’s creator is asking users to submit more.

Rivera wears hoodies mostly in severe weather, but the first entry of him wearing one at a baseball game has already racked up more than 100 notes.

Rivera’s comments Friday morning on Fox and Friends incited a firestorm of criticism online as he partially blamed Trayvon Martin’s death on the hoodie he was wearing.

“I think the hoodie is as much responsible for Trayvon Martin’s death as George Zimmerman was,” said Rivera.

One comment probably summed up what many people are thinking.

“Look at this suspicious bastard, perhaps I should chase him down and kill him, and then claim ‘self-defense,’” tweeted Clark S. Cox III about Rivera.