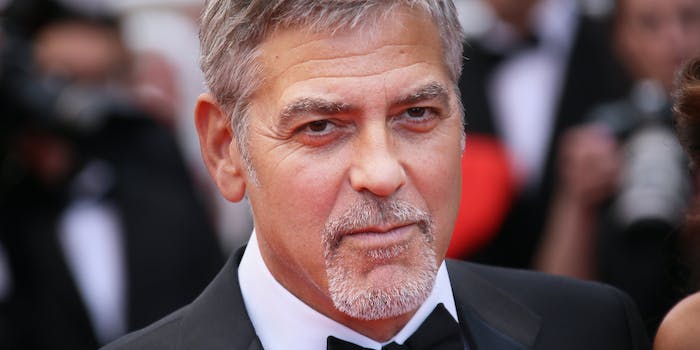 George Clooney isn’t staying on the sidelines. The prominent Hollywood actor and Hillary Clinton supporter on Monday night moved to attack Donald Trump—and defend his former co-star Meryl Streep—with a one pointed comment to the press.

Following a reception by the Clooney Foundation for Justice, in support of a Netflix documentary about Syria, the leading man moved in.

“I’ve always said that about Meryl… She’s maybe the most overrated actress of all-time. She and I worked together on Fantastic Mr. Fox as husband and wife and I will tell you even as a fox, a female fox, she’s overrated,” Clooney told People, before addressing the president-elect. “Aren’t you supposed to be running the country?”

Trump on Monday called Streep “one of the most over-rated actresses in Hollywood” and a “Hillary flunky.” Streep drew angry tweets from Trump when the actress used her Golden Globes acceptance speech Sunday night to attack the president-elect for bullying a disabled reporter, among other jabs.

As of this writing, Trump has not tweeted about Clooney.