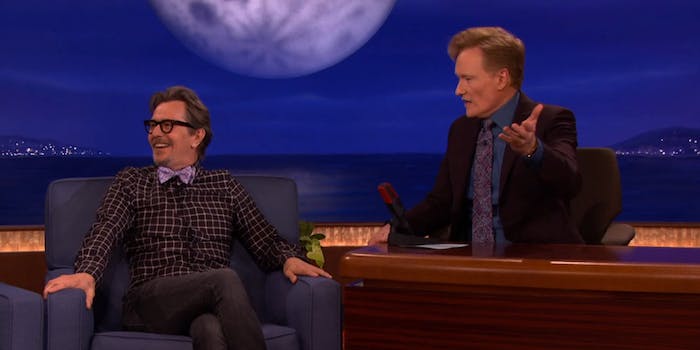 Conan rewards Gary Oldman with his own death reel

Not many actors get to witness their own “In Memoriam.”

Sean Bean isn’t the only actor who’s made a career of dying on-screen.

While he may not get as much notoriety for it, Gary Oldman’s died nearly as often in films. He’s got 17 on-screen deaths to his name. And when Conan O’Brien found this out, he decided to honor it in the best way he could: with his very own death reel.

Other death reels spend more time setting up the tragic (and sometimes humorous) deaths, but this one just cuts right to those gruesome final moments, all with a captive audience.

Oldman’s been granted a gift. Not many actors get to witness their own “In Memoriam” before they die—or even laugh at it.