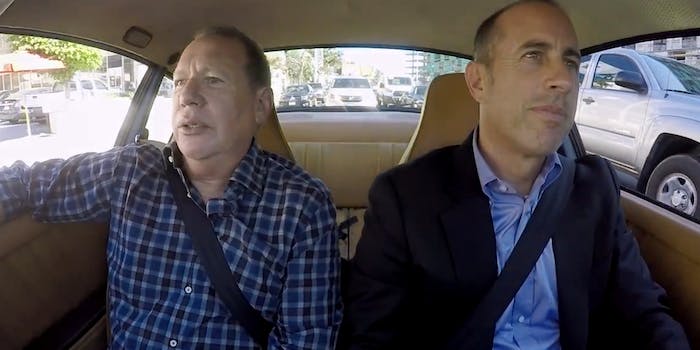 His show was a foundation for '30 Rock' and 'Curb Your Enthusiasm.'

Comedian and actor Garry Shandling has passed away in Los Angeles at age 66, according to TMZ.

Shandling is perhaps best known for The Larry Sanders Show, a satire of Hollywood and late-night TV that ran from 1992-1998 on HBO and starred Jeffrey Tambor (Arrested Development, Transparent) and Bob Odenkirk (Better Call Saul), among others. It was a precursor to entertainment business-based comedies like Extras, 30 Rock, and Curb Your Enthusiasm. His scenes with Tambor were some of the best.

In the wake of the news, people have been sharing quotes from Sick in the Head by Judd Apatow, a former writer on The Larry Sanders Show. Apatow snuck in a tribute to Shandling into Freaks and Geeks.

Comedians have been reacting to his passing on Twitter.

Garry Shandling was as kind and generous as he was funny and that is saying a lot.

#GarryShandling was my comedy idol. Will miss his friendship & his impeccable timing.

The great Garry Shandling's work is such a touchstone for me that I was actually discussing him moments before I heard the sad news. RIP

"Larry Sanders" changed my life. I still watch the episodes over and over. He was a hero to me and so many comedians. #RIPGarryShandling

Watching "The Larry Sanders" show as a kid I thought, "Working for late night comedy looks like the best." #RIPGarryShandling

You always made me laugh. May you rest in peace my funny friend @GarryShandling. pic.twitter.com/sQkg4nQg8D

Shandling was very active on Twitter, where his sense of humor and timing was still laser-focused.

Re Trump. A real man doesn't talk about the size of his penis unless he's a comedian.

He was also recently on an episode of friend Jerry Seinfeld‘s webseries, Comedians in Cars Getting Coffee. The title: “It’s Great That Garry Shandling Is Still Alive.”

The cause of death has not yet been announced.