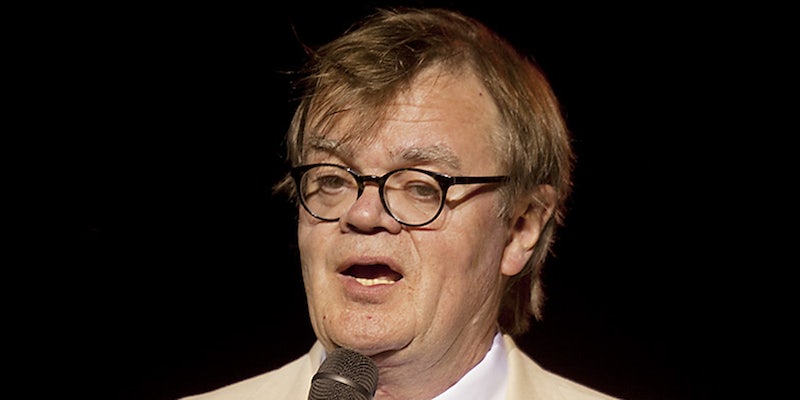 For real, this time.

Garrison Keillor told the Associated Press Monday that he’s leaving A Prairie Home Companion, the live variety show he created in 1974. While Keillor has discussed the idea of retiring from the show in the past, this time he says his departure is certain. He plans to stop hosting the program sometime during the 2016-17 season.

Said Keillor, in typical dry humor, “My plan is… to fade away into well-deserved obscurity.”

Keillor also expressed excitement about his successor, bluegrass maverick Chris Thile, calling him a “genius musician” and “the best idea since Powdermilk Biscuits.”

While Keillor achieved much success and critical acclaim as a host of the long-running radio program, he notes that he never imagined he would enjoy so much success in radio—or that that success would continue in the era of streaming. His weekly segment, News from Lake Wobegon, is available every Monday on SoundCloud, and the show streams live Saturday evenings on YouTube and the site’s homepage.

Following his retirement from the show, Keillor intends to revisit his earliest passion: writing.

“My idea always was to be a writer,” said Keillor. “And when you get to be 72 it’s time, you should get back to doing what you set out to do.”