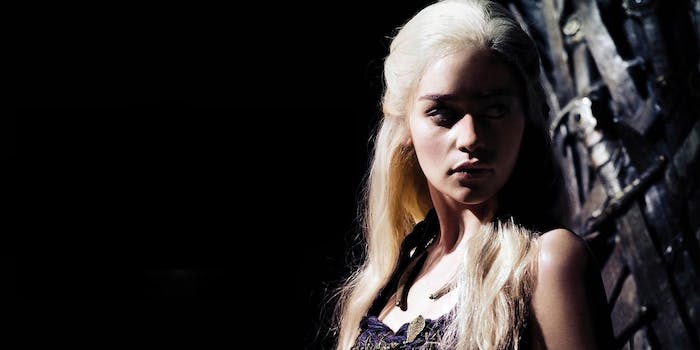 Game of Thrones is killing it on and off the screen.

No record is safe from HBO’s Game of Thrones.

Another 1.5 million downloaded the episode within 24 hours via BitTorrent, a peer-to-peer file sharing protocol. The file for Game of Thrones’s “Purple Wedding” also set records with 193,418 people sharing a single torrent, a file that contains “text and point out the trackers for a download to begin downloading from distributors (known as seeders) and requesting clients (known as leachers),” whatis.com states.

“These are unprecedented numbers–never before have 193,418 people shared a single file simultaneously,” TorrentFreak reported. “The previous record was set last year, when the season finale of Game of Thrones had 171,572 people sharing on a single track.”

Following every new episode this season the Internet has overflowed with reaction videos, strange Game of Thrones remixes, and thousands of tweets. Game of Thrones was mentioned 251,000 times on Twitter, coming in second to the MTV Movie Awards with 2.4 million, TheWrap added.

It’s hard to imagine Game of Thrones losing any steam this season. As such, Reddit user snugglas posed an interesting and, as of right now, fictional scenario: