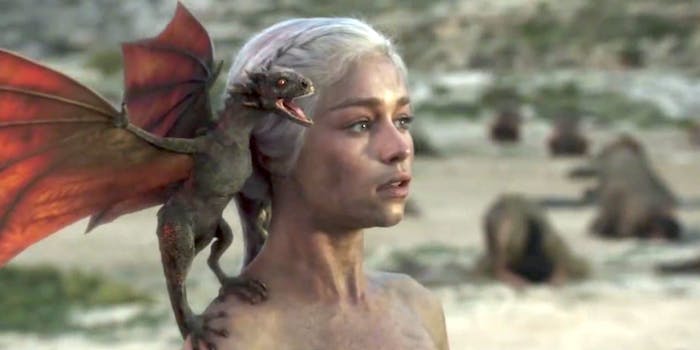 Game of Thrones has reigned supreme as the top-pirated show three years in a row and last weekend’s premiere of Season 4 is no different.

After HBO’s streaming service, HBO Go, crashed under the weight of worldwide demand, the episode clocked a million BitTorrent downloads in just the 12 hours after its release. More than 300,000 BitTorrent users shared the episode simultaneously, according to TorrentFreak, making it the most popular pirated show ever.

While services like HBO Go can be crippled by millions of users attempting to access it, BitTorrent’s peer-to-peer architecture means that more people sharing the episode actually increases download speeds.

In addition to download issues, HBO Go has another problem. Despite the slogan “It’s HBO. Anywhere,” the service is simply not available in much of the world due to international licensing issues, likely driving even more viewers toward piracy.

TorrentFreak sampled 18,333 IP addresses and found that the download was most popular in Australia with 11.6% of the total. The United States, United Kingdom, and Canada followed.