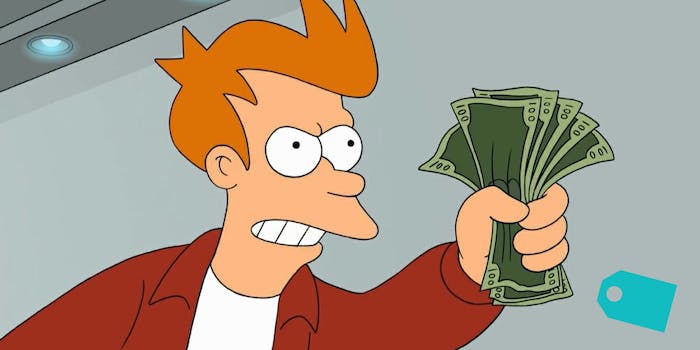 ‘Futurama’ is returning for 1 more episode, but you can’t watch it like normal

The whole crew is getting back together.

If you miss hearing the voices of the Futurama cast, there’s great news in this story. If you miss seeing the actual animation, this post might not excite you quite as much.

According to Deadline, the original cast and show creator Matt Groening have recorded a 42-minute audio-only show that will be available as a podcast on Sept. 14 via nerdist.com, Soundcloud, and Spotify.

Though Futurama was canceled in 2013, it lives on in the gaming app Futurama: Worlds of Tomorrow and occasional one-off get-togethers.

“Last year I cornered two fine gentlemen–Matt Groening and David X. Cohen–and pitched the idea of doing a new Futurama episode as a podcast/radio play because it’s one of my favorite things and I need more of it,” Nerdist’s Chris Hardwick said, via Deadline. “Today, I am drooling with unfiltered joy to say that a) it’s actually happening, b) I got to voice the villain (Klaxxon) and c) I’m a freaking head in a jar in Futurama: Worlds of Tomorrow, a game I’ve been feverishly playing since it came out.”