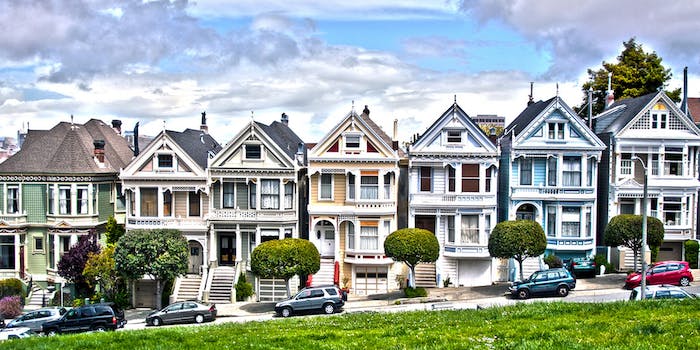 Could we get a 'Full House' museum sometime in the future?!

Back in May, renowned TV producer Jeff Franklin, and creator of Full House, tweeted a photo of his house-hunting adventures. The home that Franklin and his dog, Charlie, pose in front of is located on 1709 Broderick St.—you may remeber it as the Tanner house.

Charlie and I went to San Fran to go house hunting. This one looks familiar. Think I should buy?! #fullhousehouse pic.twitter.com/FSi9M0QdlV

Turns out, the iconic San Francisco home was acquired by Franklin for $4 million after it was placed on the market for $4.15 million.

As Franklin told the Hollywood Reporter: “I’m so sentimental about the house. It’s great to have the house in our Full House family and be able to preserve it for the fans. … Seriously, I love owning this house.”

The home has been redesigned by realtors in efforts to sell the house for a more “sophisticated” look, but Franklin is in the works to transform the home into a Tanner home replica. The sitcom creator plans on using the house for future filming of the Netflix revival, Fuller House, and (possibly) renting it out to the public.

The show was actually filmed in the Warner Bros. studio and nowhere near the Lower Pacific Heights neighborhood where the house is located, but the new homeowner is sure to bring a piece of the Tanners into the home one way or another. He’s already painted the front door red.