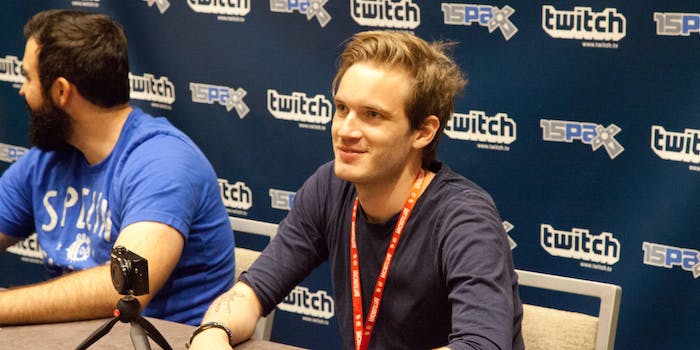 The Federal Trade Commission (FTC) settled with Warner Bros. after claiming the entertainment giant failed to disclose that it paid YouTubers for positive coverage with one of its games, including YouTube‘s most popular creator.

Sponsored videos for Middle Earth: Shadow of Mordor made by Felix Kjellberg, better known as PewDiePie, and a number of other content creators, were watched more than 5.5 million times; a video made by PewDiePie—who’s currently the most subscribed creator on YouTube with more than 46 million subscribers—was viewed more than 3.7 million times.

The FTC first filed a complaint against Warner Bros. in late 2014 after it led an online campaign to build buzz for the game. According to the complaint, Warner Bros. paid a group of “online influencers” to review and promote Shadow of Mordor, including where they were to post information and certain things to include in a video. Warner Bros. didn’t disclose that information, and the online influencers often didn’t disclose the fact they had made a sponsored video.

Through those online influencers, the FTC claimed that Warner Bros. was pretty much making ads for Shadow of Mordor.

“Consumers have the right to know if reviewers are providing their own opinions or paid sales pitches,” Jessica Rich, director of the FTC’s Bureau of Consumer Protection, said in a report posted by the FTC. “Companies like Warner Brothers need to be straight with consumers in their online ad campaigns.”

As part of the settlement, Warner Bros. is barred from failing to make those disclosures in the future and it can’t misrepresent that any sponsored content released isn’t an impartial opinion.

It’s not the first time that companies have failed to disclose similar relationships between gaming companies and the YouTuber content creators who review them. More than 40 YouTubers with more than 5,000 subscribers apiece told Gamasutra in 2014 that they’ve accepted money to make sponsored content while a number of prominent YouTube gamers failed to disclose that they owned a Counter-Strike gambling site that they featured on their channels.