Benjamin Grelle, known as The Frogman, shares with us his top Tumblrs from around the Web.

The best Tumblr blogs are built on original content and also reblogs of the most entertaining curiosities from around the Web.

So who does a top Tumblr user follow? We asked Benjamin Grelle, aka The Frogman, to list his top five. The Frogman recently hit 1 million monthly page views and boasts 70,000 followers. Here are his picks, with a short explanation about each. They are, unsurprisingly, filled with corgis, cat, cute and geek.

Check out our profile on Grelle here.

Pleated Jeans: “Jeff is the only other tumblr I’ve seen that creates as much original content as I do. We’ve been friends since before anyone knew who we were.”

Sofa Pizza: “Shayla writes the best captions in the biz. And when she creates something original it almost always goes viral.“

Pudge der Poopster: “Pudge is the adorable corgi of Dea from corgiaddict.com. He is silly, full of personality, and has the best costumes. (See the Dogtor) His antics just make you happy. He is the Maru of corgis.”

Ian Brooks: “Ian is the number one curator of geek art and culture on Tumblr. He makes a consistent effort to deliver fresh material that will delight all the fan boys & girls.” 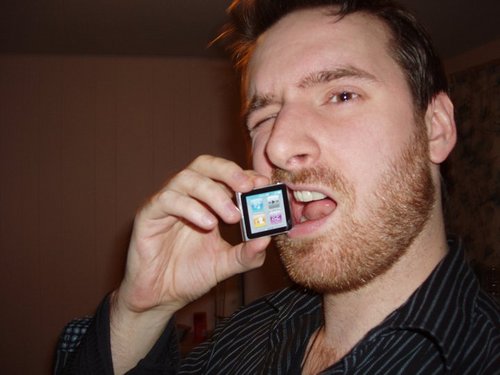 Bunny Food: “Bunny specializes in finding all things cute. If animals being silly and adorable makes you happy, she’s the one to follow. “