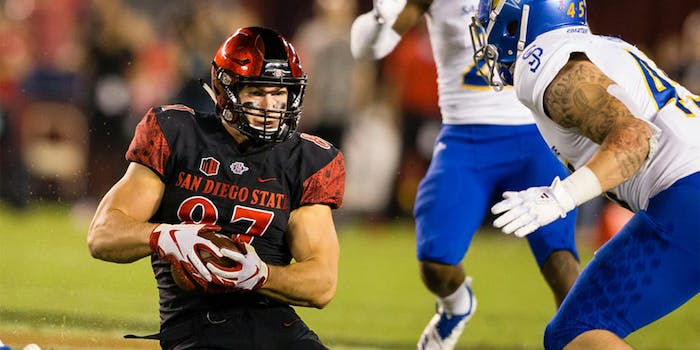 How to watch the Frisco Bowl online for free

Look for the Bobcats to send off senior RB A.J. Ouellette in style.

Don’t look now, but the Ohio Bobcats have won five of six and come into the Frisco Bowl poised to put an exclamation point on an 8-4 season. The San Diego State Aztec, at 7-5, look to finish a transition year strong. Watch the Frisco Bowl live stream to see which rising program can put a star on this Wednesday night football holiday special.

Boca Raton Bowl: Why it matters

The player to watch tonight is senior Ohio tailback A.J. Ouellette, who has NFL talent and the type of elite collegiate production that turns heads. Somewhere between Stevan Ridley and Rod Smith, he’s a downhill runner with quick feet who can gash defenses off tackle. He’s a decent backfield receiver too, so look for the Bobcats offense to plan around Ouellette’s farewell outing tonight.