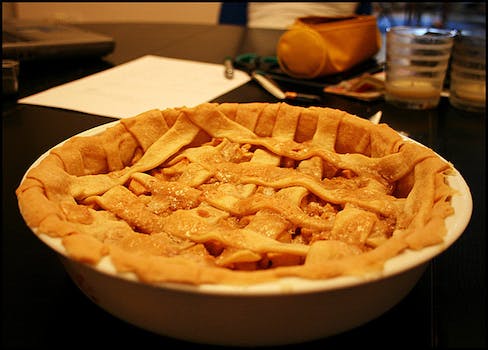 Producer Chris Moore doesn't like what it's going to take to get some people to see his new film.

Director Chris Moore might need a slice of humble, rather than American, pie.

To promote his upcoming film, American Reunion, Moore took to the Facebook page for American Pie looking for advice on how to entice fans into movie theaters when the film opens April 6. It backfired.

From simple suggestions like “more advertising” to the more salacious (“complimentary blow jobs,” “free tits,” and “free beer all night”), the fans angered Moore, who went on a multi-post rant with perhaps more twists than any movie he’s produced. Here are a few outtakes in the order in which they appeared.

“I been reading your comments, Most of you are so jaded. Blow jobs and free beer. F*** you. We made a funny heartfelt movie and it delivers. Isn’t that enough? More ads, really? There are almost 6 million of you liking this. hell if each of you went to the movie at 7 bones apiece that is $42 mil. Imagine if you brought a friend. All my jaded bastard friends here in hollywood get jacked about $30 mil openings now. We want to break $50.”

“I do not want $50 mil I do not want teen age girls owning the boxoffice. No ofense to them, I am rasing a beautiful one myself, but if the only movies that make any dough are twilight and hunger games than that is all you are going to see. I do not like that. Can you imagine Good Will Hunting making $140 mil now? No shot. Now I am pandering purposely because I want to win.”

“I liked teh Hangover movies but I think ours are more heartfelt and no on loses and fingers. Is it too much to ask to break the R rated opening record? Again I am so proud of the work this group of writers, directors and actors did that I am up all night trying to figure out how to just simply say the movie is great and get all of you to go.”

“Why doesn’t me just telling you to go work? You don;t know me? You do not trust me? Isn’t that the point of social media is that someone you know tells you it is good. With 6 mil likes can you trust them? Anyway I will keep reading your comments and writing back as we move toward opening day. thank you for listening.”

Several Facebook community members slammed Moore over his posts, as well as the quick succession in which they were posted.

“ I like the group, I love the movies, I’m going to the movie…. Stop crammin’ up my news feed man!! Holy SHEET!” wrote Whitney McLellan.

“You’re a complete idiot for writing comments such as this, great publicity for the movie…moron,” said Jason South.

While the poor judgement and even worse spelling might suggest the work of a hacker, Moore confirmed it was his doing, telling Moviefone he did not intend for his posts to be “mean-spirited” and just wanted to be able to talk with fans directly. Universal gave Moore access to the page, letting him post whatever he liked.

Some of the other filmmakers involved in putting American Reunion together will be talking with fans on the page over the next few days. Universal will undoubtedly be hoping they don’t take a page from Moore’s book and insult the fans. Or get caught with their pants down.