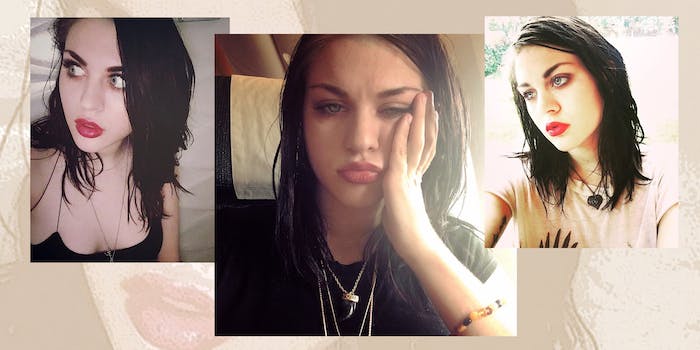 Frances Bean Cobain just posted what might be her first-ever public musical release, and it’s nothing like what you’d expect.

The daughter of Kurt Cobain and Courtney Love posted an acoustic cover of Jimmy Eat World’s “The Middle” to Instagram this weekend. Clad in a Fred Flintstone shirt, Cobain offers a quick hello before cutting to the song’s chorus.

Love reposted the song, saying, “I know your father is very proud of this as am I baby.”

Cobain has made her artwork public but so far has not released any of her own music, though she did appear on an Amanda Palmer song in 2010.