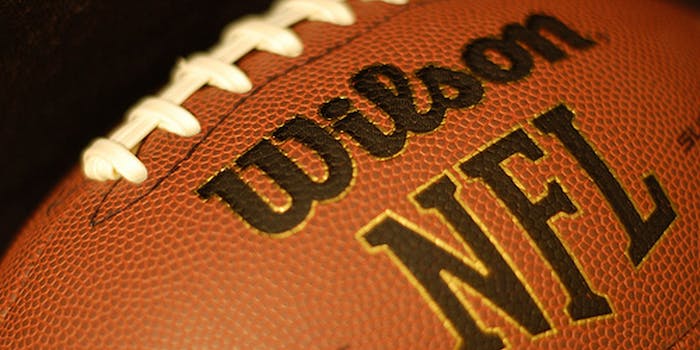 Touchdown with these great football resources

If TV isn't enough for you, here are some great places to get more foot ball information.

The NFL is back and all is right in the world. Well, to football fans anyway.

With only 17 weeks left of games left, the Daily Dot compiled the best places to follow all the action. We hope its the perfect complement to your nachos and beer.

The number of so-called “NFL Insiders” on Twitter outnumber the number of professional football players so we tried to gather the best ones. The must-follows are ESPN’s Adam Schefter (@AdamSchefter), NFL Network’s Jason La Canfora (@JasonLaCanfora) and Sports Illustrated’s Peter King (@SI_PeterKing).

If all of these are too much for you, check-in with Quickish, an almost real-time curator of sports news. Tweets are displayed with short comments written by an editor providing a deeper context. There is also Twackle from SI, which is more than a clunky-sounding name. On its NFL vertical, it tracks what football news is being shared the most.

The NFL tightly controls where its footage can be made available and that makes finding highlights on YouTube difficult. Still, the video-sharing site is a great place to find analysis and football news from networks and fans.

Football GamePlan has a sharply produced channel for being low-budget and dissects the weeks games in videos that don’t last more than three minutes. USportsHD compiles high definition, high quality NFL highlights, although the legality of this channel isn’t quite as clear.

Of course there is trusty Reddit’s r/NFL page which somehow can turn Patriot’s head coach Bill Belichick’s straight-laced face into a meme. There is also live “game threads” with redditors live-commenting on the day’s games.