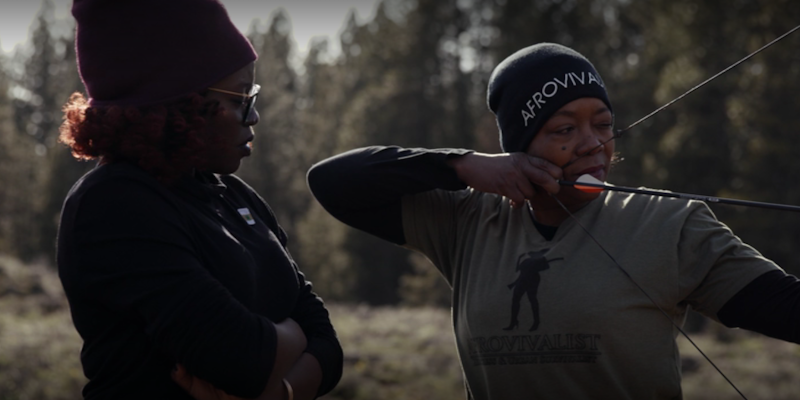 With Vox’s Explained weekly show on Netflix leading the way, another series has arrived just differentiated enough to work as companion programming.

The streaming service continues its forward progress into original bite-sized news spaces with the efficient Follow This, a new info-series produced by BuzzFeed News. The first seven episodes—ranging from men’s rights to black survivalists—display BuzzFeed’s ability to cull credible news from the underappreciated or deep corners of the web.

Off the bat, ineffective comparisons will be made with Explained, a program oriented around broader subjects or institutional topics from a 30,000-foot view. Vox has nailed the untangling of potentially denser matters for easier consumption. BuzzFeed’s Follow This, like the website’s increasingly divergent coverage, reaches into the internet’s recesses, where it makes the uncommon accessible—for easier consumption or solely for awareness.

Other episodes cover black survivalists preparing for the physical manifestation of white backlash, intersexuality in Germany, safe housing for drug users, and even ‘deep faking’—the use of technology to replace faces for political gain.

One of the more earnest episodes, given its reach into other disturbing bubbles, was the examination of “Men’s Rights Activists” or MRA. Mostly an agenda for myopic straight white males believing in systemic misandry, the movement (unsurprisingly) gained allies with white women coping for a perceived loss of masculinity, no matter the toxicity. Koul, though, reports on the breadth of the movement into areas where men genuinely aren’t being serviced out of prevailing attitudes of male sturdiness. At a shelter in Dallas, she discovers male sufferers of domestic abuse who’ve been ignored by the MRA set.

In full, Follow This looks to educate and inform the interested masses on marginal subjects, with straightforward reporting that would otherwise get mangled in the age of so-called fake news. Answers aren’t readily available in any particular episode. However, curiosity and earnestness in the reporting—explicitly getting in front of the professional misinformers —make the show a credible endeavor.