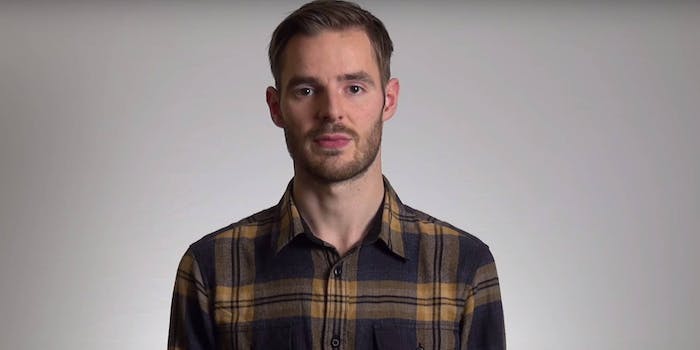 Indiegogo scam or viral marketing stunt? Only time will tell after $75,000 disappears

Filmmakers fail to deliver on crowdfunded feature cheekily titled 'It's All Good.'

In 2014, three filmmakers set out into the woods of Indiegogo to fund their first feature. Two years later, there’s no trace of it.

Last week, Aaron Fronk of Chicago’s popular sketch comedy group FND Films posted a short “update” to YouTube, claiming that the Indiegogo fundraiser they started two years ago to fund their first feature, It’s All Good, had hit a dead end. There was no real explanation or proposed next steps.

The goal was to raise $75,000 for the feature, which was successful in October 2014. In 2012, they successfully funded and produced the short film Punching, so it seems they had some credibility. But “complications and things beyond our control” now mean the movie can’t be completed, according to Fronk. He asked fans to “stick with us” for future projects.

Since then, many supporters (they had more than 600 backers) have turned to social media to voice their frustration. Others have hinted that something more dubious might be at play, because no one knows what’s real anymore.

In the two years following the Kickstarter campaign, there were no updates on progress, no teaser trailers, and only a vague description of the plot (an “action-comedy” that “will be a large collaboration between FND and outside filmmakers”). Now-deleted Instagram photos of the guys—Fronk, Vinny DeGaetano, and Cooper Johnson—allegedly on vacation in Europe and Mexico only stoked further speculation.

A few days after the update, FND posted to Facebook and YouTube, stating that while they know everyone is upset, they draw the line at doxing.

It’s certainly not out of the question that these guys might have duped supporters: Crowdfunding scams are plentiful, and there’s often little recourse for the backers since popular platforms like Kickstarter only require the creators make a good-faith effort to fulfill their campaign obligations. It’s gotten to the point where platforms are now under more scrutiny from lawmakers.

But FND Films could be some masterful trolling, too, something akin to the @Horse_ebooks saga. FND Films might have been foreshadowing this whole thing back in 2010.

At the end of the 2014 clip, Fronk says they’re going to make the movie “regardless.” In an interview from Sept. 1, the guys make no mention of the new film or the update when asked what’s next for them. But in this August clip, posted to the FND Reddit, Johnson awkwardly references it after a prompt from the interviewer. (Of note: FND Films also does commercial work for brands like Taco Bell and KFC.)

An email to Indiegogo redirected me to a spokesperson who said this was the first he’d heard of the campaign and routed me to Indiegogo’s terms of service when asked what its role would be in this scenario.

In the “Refunds” section, it states: “For Campaigns that have entered the InDemand program, Contributors may request a refund from Indiegogo within 10 days of the contribution.” Indiegogo essentially connects the buyer and seller, much like eBay, and while it could step in to ease communication or resolution, it’s not responsible for refunds or apologies.

Is it believable that this is one of those viral marketing stunts that’s so hot these days? One of those dreaded social experiments that will expose the internet’s rush to rage? A meta film about an Indiegogo scam? For a channel with just over 170,000 subscribers, they certainly have a lot of fans willing to vouch for them and hold out hope for two years.

Fronk didn’t respond to requests for comment, but the sentiment in this Reddit thread seems to be divided between obvious stunt and genuine fuck-up. As one commenter said: “99% sure this is fake. But the pitchforks are out and people love to rage already in this thread. Don’t trust everything you see on face value online, guys.”

Update 1:45pm CT, Sept. 28: According to Instagram, the “jig is up.” A post from a man named Ryan Beshel reveals that yes, the film is real and this was an elaborate “plan to keep the momentum going.” And now there’s a trailer to verify that yes, this is a film about an Indiegogo fraud.