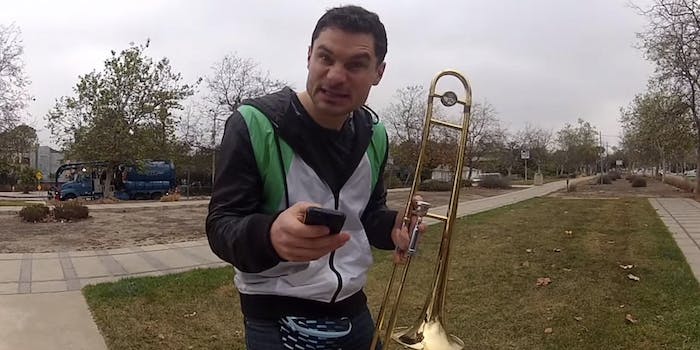 Studio71 announced today that it has signed actor, musician, and writer Flula Borg to its multi-channel network.

From Germany, Borg is known for his original songs and remixes featured on his YouTube channel, which has racked up nearly 765,000 subscribers and more than 84 million views. He received more than 3 million views of his Auto-Tune cover of Blackstreet’s “No Diggity,” which was nominated for a 2014 Streamy Award.

Borg has also worked in film, appearing in Universal Pictures’ Pitch Perfect 2, Alvin and the Chipmunks: The Road Chip, and starring in BuddyMoon, a feature film he co-wrote that won the audience award at Slamdance. (Moon is set to be released by Gravitas Ventures on July 1.)

Owned by German media giant ProSiebenSat.1 Group, Studio71 was created in July by the merger of Los Angeles-based Collective Digital Studio (CDS) and Berlin-based multi-channel network Studio71. Headquartered in Berlin and Los Angeles, the company oversees everything from series development to merchandise.