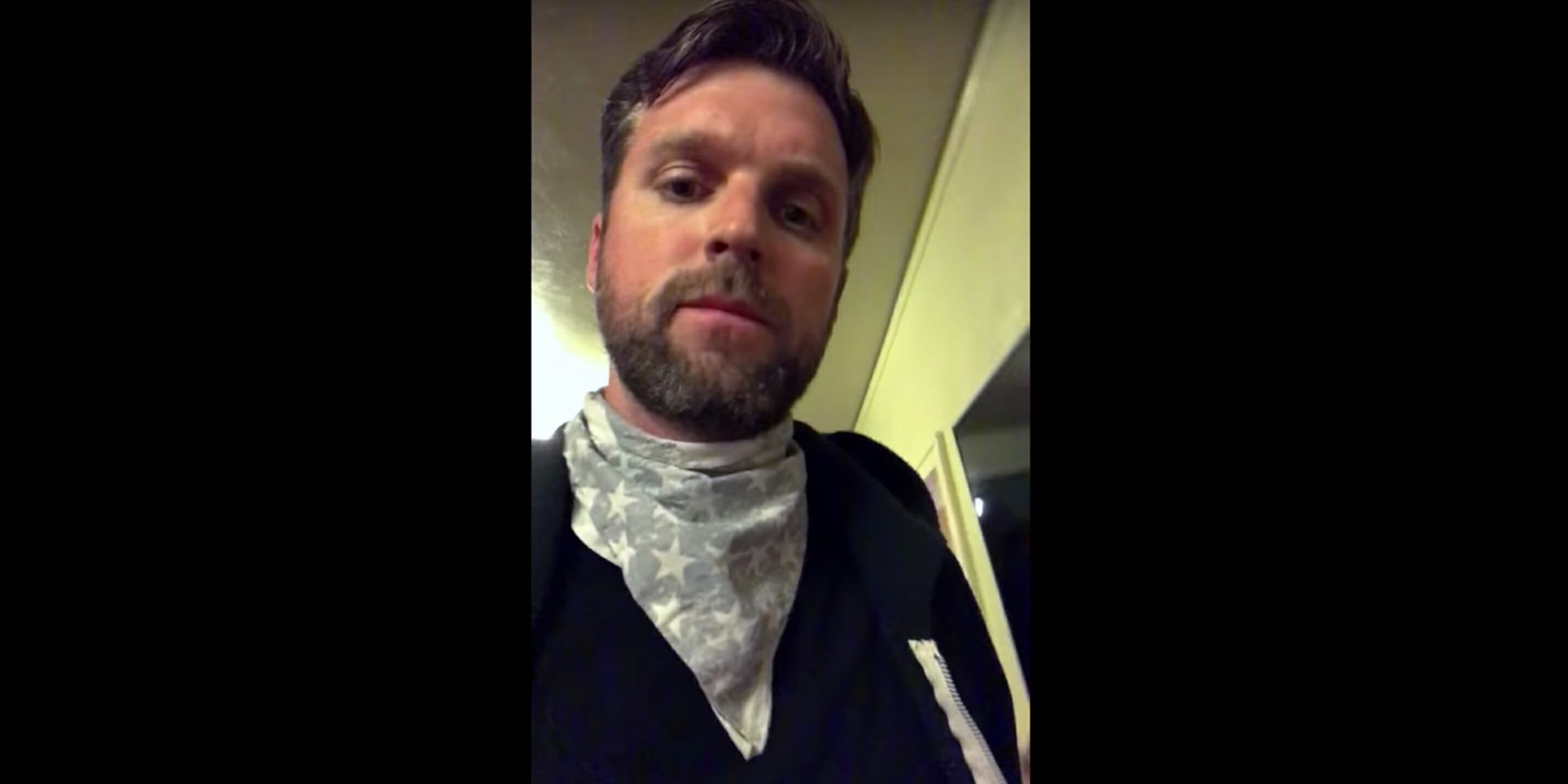 The Flobots responded to Logan Paul's sexist take on 'No Handlebars.'

In November, YouTuber Logan Paul repurposed the Flobot’s infamous track “No Handlebars” to the dismay of of many, including the creators of the song.

In Paul’s version of the track, he sings about how he can “ride your girl with no handlebars” as women surround him on bicycles. The new version of the song is questionable at best and misogynist at worst.

The Flobots agreed and had some words for Paul back when the YouTube video was originally released.

So, um, @LoganPaul , was “I can ride your girl with no handlebars” inspired before or after the #metoo campaign?#notcoolbro #nohandlebars

Turns out, the hip-hop group wasn’t done yet. Paul’s new version inspired the Flobots to write an epic diss track that was posted to YouTube on Monday. Throughout the song, lead singer Jamie Laurie (a.k.a Jonny 5) uses his front-facing phone camera to record himself mouthing along to the new track.

The diss track calls out Paul for using his audience of 12 million subscribers—much more than the Flobots, Laurie acknowledges—to objectify women by literally turning them into bicycles.

“So put your mic back on the bike rack tonight because my lady says she’s not attracted by dumb male dominant dumb shit, that can die,” Laurie raps at one point in the song. One fan has already compiled all the lyrics on Genius, which can be found here.

Laurie also calls out Paul for capitalizing on the “bars” of other artists and for selling merchandise inspired by “No Handlebars.”

“If you like someone, don’t blatantly bite from ’em. If you like women don’t make a bike of ’em,” he raps. “God! Sorry if I sound too do-goody, but for the sake of our community, I’mma take the opportunity to let you know there’s another stage after puberty.”

On Twitter, fans agreed that the diss track is both savage and good.

Hey @flobots and @Flobot5 you guys are on the front page of reddit this morning. Cheers! See ya in Kalamazoo. https://t.co/z8fFHVY1vk

Good morning! If you aren't a fan of little shits like Logan Paul, and his demeaning women or blatant plagarism, and *also* happen to appreciate well crafted rhymes. Watch the Flobots destroy this kid.
https://t.co/lo5R9rtU7r

Anyone familiar with the Denver-based group’s new music could have foreseen that they would not support a song that objectifies women. The group now does grassroots community work hosting workshops, classes, and keynote speeches about using collective song to build social movements. They also just released a new album in May, funded by a successful Kickstarter campaign, that is jam-packed with protest anthems.

The Flobots continue a U.S. tour at the end of December—with no sold-out dates yet—so maybe if fans are lucky the group will perform a live version of the diss track in a city near them.