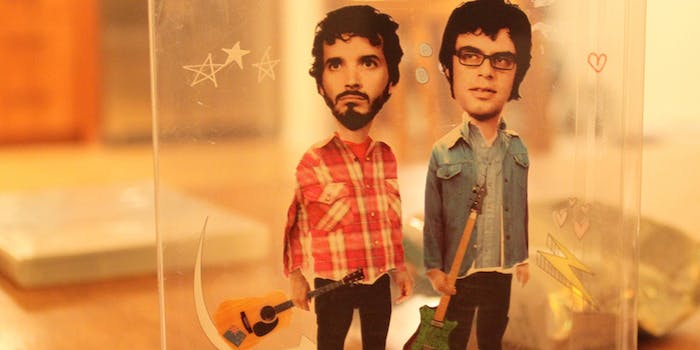 No, HBO isn’t resurrecting ‘Flight of the Conchords’

But Jemaine Clement and Bret McKenzie are working on something else for the network.

Sorry, fans of the fourth-most-popular folk duo in New Zealand: Bret McKenzie and Jemaine Clement, better known as the Flight of the Conchords, aren’t filming new episodes of their HBO series, which ended in 2009 after a flawless two-season run.

The confusion stemmed from reports that HBO had given the green light to another McKenzie-Clement collaboration. The as-yet-untitled project will comprise four episodes.

Before this rumour gets out of hand – we are not working on a 4 ep Conchords show for hbo… https://t.co/q1607H5vg8

I am working on another idea with them though, hence the mix-up.

We eagerly await whatever the Conchords have planned, but if you’re still feeling jilted, try listening to a breakup song. You’ll get over it someday!