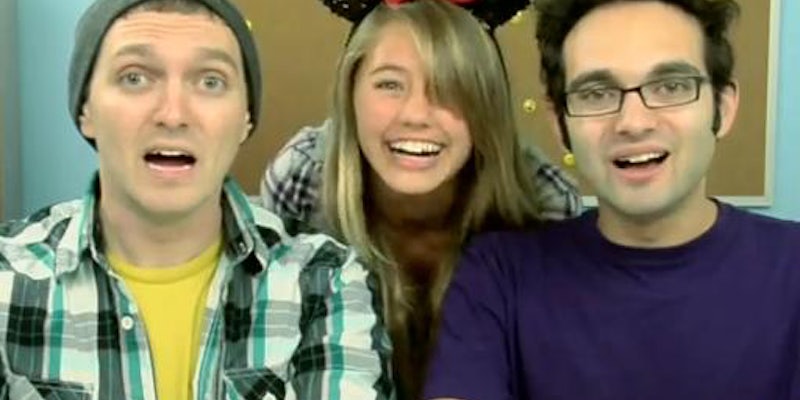 Kids say the darnest things. And so do teens, parents and the elderly, apparently.

The Fine Brothers—the comedy duo Benny and Rafi Fine—are most known for their popular “Kids React“ series on YouTube, where children are polled on current events and pop culture (and often prove surprisingly insightful and knowledgeable).

Now they’ve announced that they will expand their series to include “Teens React” in the coming months, and “Elderly Reacts” and “Parents React” are also in the works.

The announcement of the new show begins with a big thank-you to fans, as the Fine Brothers passed one million subscribers on August 18.

“We’ve been making content online for seven years and never thought this would happen so again, huge thanks,” said Benny in the video.

The new show “Teens React” will feature “Kids React” favorite Lia Marie Johnson, who is now 13 and hence arguably no longer a kid. The video also gives detailed instructions to parents interested in getting their kids or teens on upcoming episodes.

The “Kids React” series is a formulaic one where kids watch videos related to pop culture and news—from  Lady Gaga and Nyan Cat to Osama Bin Laden’s death—and offer their opinions on what they viewed.