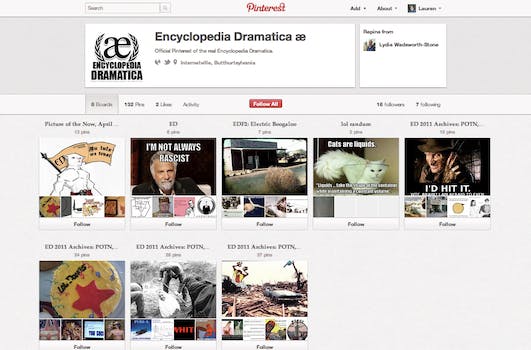 Find out what Sesame Street, the NRA, Encyclopedia Dramatica, Dollar Tree, and Klout have in common.

It makes sense that so many upscale magazines, restaurants, and clothiers have popular Pinterest accounts.

Yes, anyone can find a way to use Pinterest. But based on the site’s demographics, comprised chiefly of women who love high-end shopping and design, we’re surprised by some of the eclectic brands that are using—and thriving—on Pinterest.

Here are five brands you’ll be amused to learn are actively pinning on Pinterest. 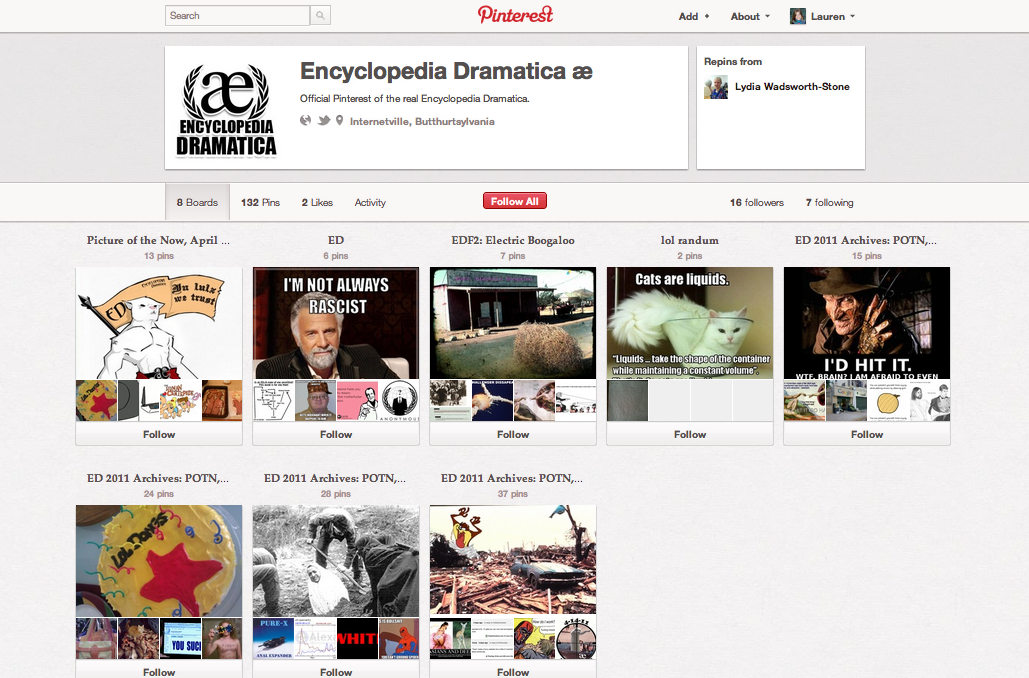 We’re pretty sure this troll-happy wiki is in violation of Pinterest’s Acceptable Use Policy. But until it gets reported, it’ll be the profile on the site where you’ll be most likely to spot the most offensive, naughty, and just plain gross images from the annals of image macro culture.

The site doesn’t have anything nice to say about Pinterest (link may be NSFW), but that hasn’t stopped a spokesperson from starting up a profile some time in the last 24 hours. We’ll be watching to see how long it sticks around. 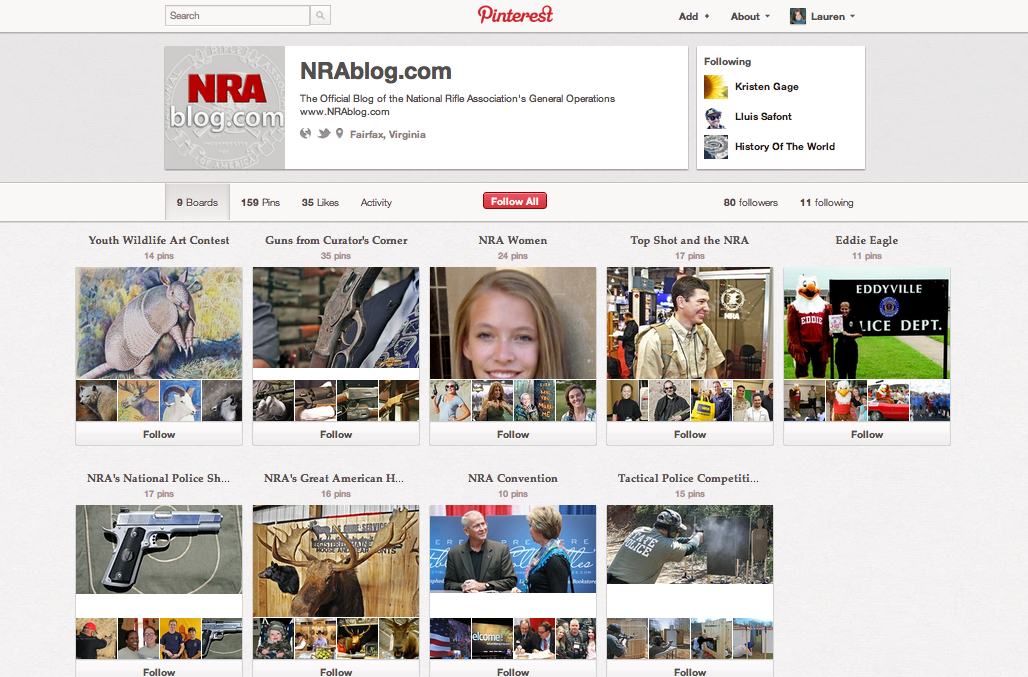 Guns don’t usually come to mind when one thinks about Pinterest’s upscale, flowery reputation. But that’s just what you’ll find on the National Rifle Association’s Pinterest page. Check out guns, shooting, and—likely as a nod to Pinterest’s female user majority—a board dedicated to the women of the NRA.

With a varied list of boards and engaging visuals, there’s nothing wrong with the way the NRA is using Pinterest. It’s just, given its subject, we’re surprised it’s fitting in. 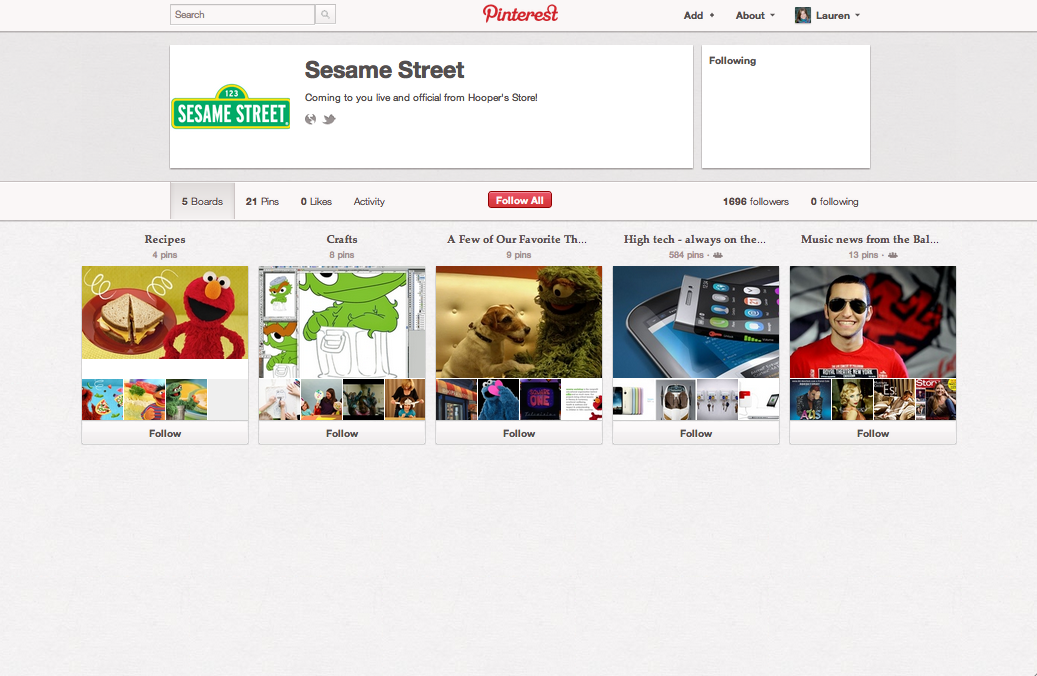 Sesame Street’s boards are like a miniature version of the rest of Pinterest, featuring recipes, crafts, and favorite things—just cuter and fuzzier. Pinterest’s next generation is learning early. 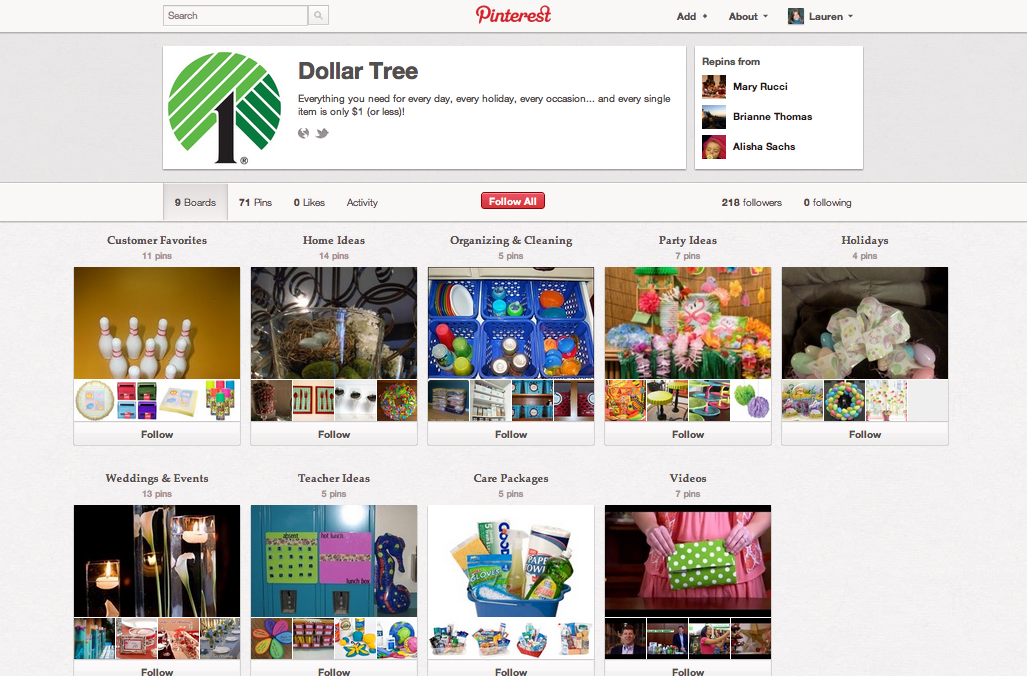 Luckily, Dollar Tree returns us to reality. In between your “Wishful Thinking” pinboards, you can repin items from the dollar store onto a new “Stuff I Can Actually Buy” board. It’s not like a plastic mini bowling toy or silly string is going to set you back too much.

Pinterest CEO Ben Silbermann has said his goal has to been to make Pinterest something “timeless” and “beautiful.” Sorry Dollar Tree, you may be practical, but timeless you are not. 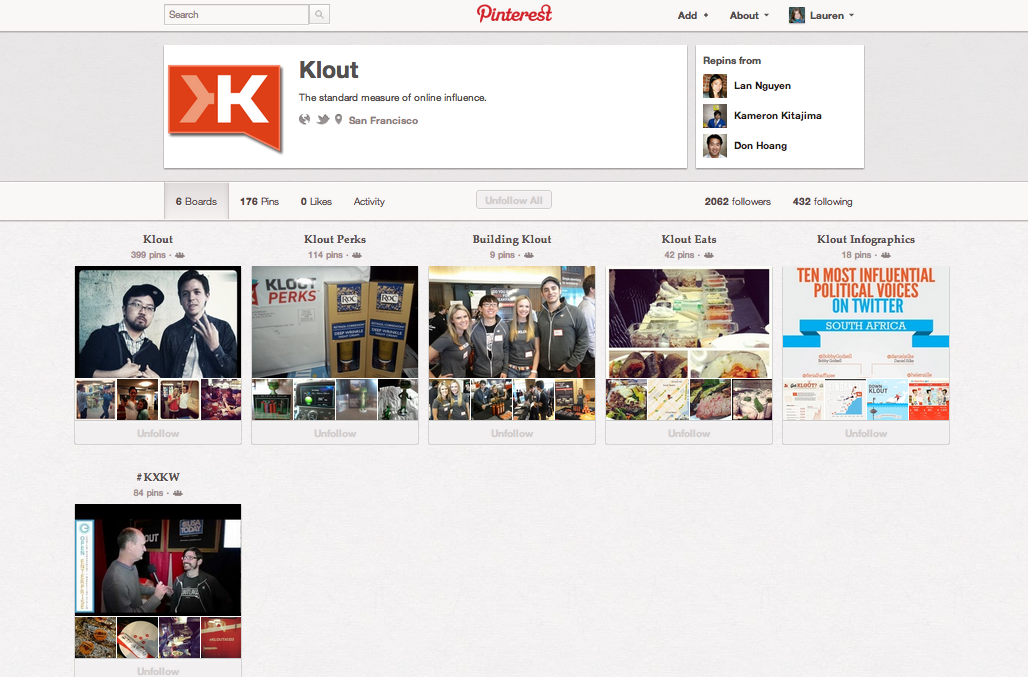 Finally, this is the most glaring “one of these things is not like the other” Pinterest profiles. Klout’s very presence on the site begs the question, where’s the Klout metric for Pinterest?

There isn’t one, and there won’t be one until the mythical Pinterest API is released. But while the API release has been delayed for months, other metric sites like Pin Puff and Pinreach have cornered the Pinterest metrics market. Klout’s presence here is like a vestigial organ, unnecessary and confusing.

Continue the charade with Klout by checking out Klout Perks, items you have no chance on earning with your constant pinning. Klout’s boards are populous and creative, but it doesn’t override the fact that the service isn’t giving us the Pinterest experience we expected.