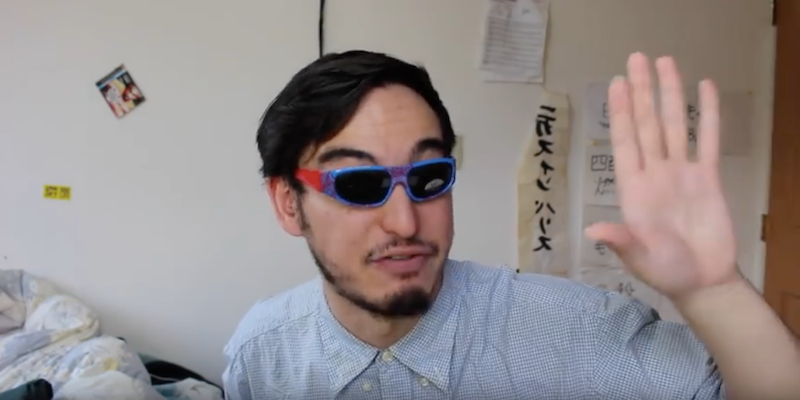 Since 2011, George Miller has starred on YouTube as Filthy Frank, a raspy-voiced, raunchy comedic character beloved by thousands of viewers. His “Filthy Frank Show” has produced countless good memes; you may have seen him running around in a skintight pink “Zentai suit,” popularizing the Harlem Shake, or filling his pocket with ravioli.

But Miller announced on Dec. 29 that he was ready to give it all up.

Miller says it’s no longer fun or profitable to be Filthy Frank or the Pink Guy, plus he’s facing health problems. He has decided to pursue a music career instead.

“This decision is final. I really can’t express just how grateful I am to you all, nor will I ever forget the relationship we had together,” he told fans in his statement.

His new “trap-n-b” songs, released under the name Joji, are already blowing up. He’s currently touring Asia and plans to release an EP in 2018.

Miller told Billboard that Joji isn’t a character like Pink Guy and Frank. “Joji’s just me,” he said.

“Joji music is inspired by trap,” he elaborated. “The Joji music is conflicting music, so it’s like the hard-hitting of the trap, but with the soft melodies. And that represents me as a person, too—as a conflicted person.”

Miller’s fanbase is huge. He has more than 8 million YouTube subscribers across his three main channels, plus 800,000 Twitter followers and a 60,000-member subreddit. Many of these fans are sad but supportive of his new direction.

Tribute videos and compilations of favorite Filthy Frank and Pink Guy moments are going up across Reddit, suggesting that Miller’s comedy career won’t soon be forgotten.

It’s like an elaborate funeral for a guy who humps strangers while wearing skintight spandex, teaches you how to talk about “pussy” in Japanese, and spits up every kind of food. His comedy was truly disgusting, but it also lampooned a lot of the internet’s worst trends, including prank videos, bad rappers, and anime-obsessed “weeaboos.”

And it was always clear that Miller had musical talent, even if he mostly used it for … whatever this is.

R.I.P. Filthy Frank. You’ll never be forgotten. And welcome, Joji. You’ve got a lot of people looking forward to seeing what you can do.