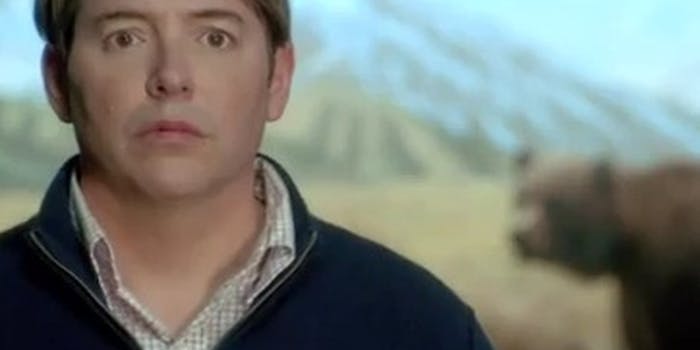 Ferris Bueller’s not taking another day off

The viral video was a teaser for a new Honda commerical—not a sequel to Matthew Broderick's classic 1986 film.

There will not be a sequel to Ferris Bueller’s Day Off.

The 10-second teaser with Matthew Broderick that everyone was talking about last week—garnering 4 million views over the weekend—is in fact a trailer for a commercial, and not a movie.

Set to air during the Super Bowl and directed by The Hangover’s Todd Philips, the roughly two-minute-long commercial is for a 2012 Honda CR-V. Broderick reprising his classic role as Bueller playing hooky, this time from his Hollywood career of appearing in an unspecified movie. Apparently, Broderick would rather drive around town, play on a beach, go to a fair, and attend a Chinese parade.

There are dozens of Easter Eggs, or moments in the commercial that reference the 1986 cult classic, including the name on the Bluetooth screen (Grace), a guy in a trench coat playing the clarinet, the flower delivery guy, and the valet driver gleefully ramping off a hill in the advertised SUV.

Having gone up within the hour, YouTubers have already begun to cry over the commercial.

“Thanks for﻿ ruining my childhood dreams, with a crappy SUV,” wrote frostyspl1 in a top comment on YouTube.

Others commented that the Honda NSX, a sports car, would have been a better choice, especially for the “iconic jump scene.”

There are already four threads on Reddit featuring the commercial, with the common sentiment being disappointment. Some were relieved though, as a full-length feature might have ruined the original, while the commercial by most accounts is almost harmless.