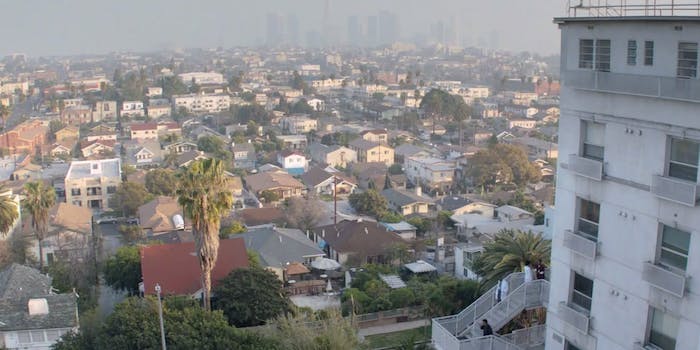 'A strange virus is going around...'

Rick Grimes and his group live in a bleak world, but the zombie apocalypse wasn’t always like that.

The first teaser for the spinoff series Fear the Walking Dead, which aired during the Sunday night season finale of The Walking Dead, confirmed that the companion series will feature a storyline we’ve only seen in flashbacks. Although it’s doubtful we’ll learn what actually caused the outbreak, the teaser gives us a glimpse of how the world initially reacted, calling it a “strange virus” that initially popped up in five states.

The show will eventually catch up to The Walking Dead, but until it does, we’ll be watching these characters make some of the same discoveries about the infection—and since it takes place in Los Angeles, we could potentially see zombified celebrities along the way without it feeling too jarring.