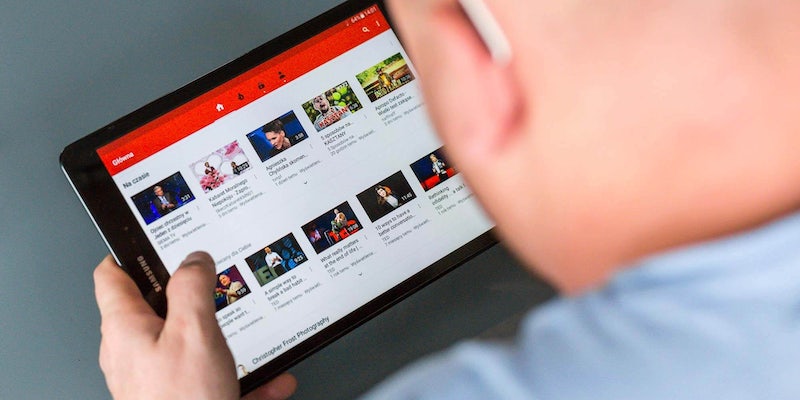 His daughter was killed on live television in 2015. He filed an FTC complaint against YouTube to get the video taken down.

A father has filed a complaint with the Federal Trade Commission (FTC) over YouTube’s alleged refusal to remove videos showing the murder of his daughter.

Andy Parker, whose daughter Alison Parker was killed on live television in 2015 while working as a reporter in Virginia, argues that the Google-owned platform has not done enough to remove videos of the incident.

Filed on Thursday with the help of Georgetown Law’s Civil Rights Clinic, the complaint argues that YouTube has violated its own policies by leaving numerous copies of the video online.

“YouTube violates its Terms by hosting videos that graphically depict people being murdered, capitalizing on their final moments for pure shock value and entertainment,” the complaint reads. “The platform’s Terms of Service proclaim that violent content is not allowed, leading users to reasonably believe that they will not encounter it.”

Parker claims the complaint is a last-ditch effort after all other attempts to have the videos taken down were unsuccessful.

“After years of urging YouTube to remove videos of my daughter’s murder in accordance with its own rules, the only responses I’ve received are empty promises and outright lies,” Parker said. “If YouTube won’t take this issue seriously, the FTC must act to rein in its outrageous behavior and hold the company legally accountable.”

The father has even accused YouTube of profiting off his daughter’s death by running ads on the videos, although the site claims such monetization is against its guidelines.

While the company says it “rigorously” enforces the removal of “videos that aim to shock with violence,” Mashable reports that it was able to find several copies of the video on YouTube that have been up since 2015.

“In reality, these videos are commonplace on the platform, and many of them have remained there for several years,” the complaint continues. “YouTube claims that it polices its platform for these violent and disturbing videos, when in truth it requires victims and their families to do the policing—reliving their worst moments over and over in order to curb the proliferation of these videos.”

Whether the FTC decides to take action against Google remains to be seen, as the complaint, according to Georgetown Law, is a first of its kind.