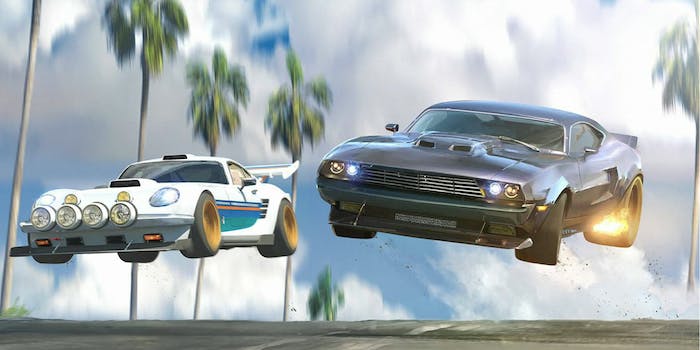 Netflix and Dreamworks Animation are making a ‘Fast & Furious’ series

It's all about family.

Netflix is teaming up with Dreamworks Animation for an animated Fast & Furious series, potentially bringing the family straight to families.

The series will center around Tony Toretto, the teenage cousin of Fast & Furious series protagonist Dom Toretto (Vin Diesel). Diesel will serve as an executive producer with Tim Hedrick (Voltron: Legendary Defender) and Bret Haaland (All Hail King Julien) on board as showrunners, although it’s unclear if Diesel or any of the actors from the Fast & Furious franchise will make an appearance on the show.

“The Fast & Furious franchise is a global phenomenon beloved by audiences of all ages, and we can’t wait to get started on the new animated series that will capture the action, heart, humor and global appeal of the feature films,” Melissa Cobb, Netflix Vice President of Kids and Family, said in a statement.

The Fast & Furious animated series is the latest partnership between Netflix and Dreamworks Animation, which has already worked on other Netflix animated shows like Guillermo del Toro’s Trollhunters, All Hail King Julien, and Spirit Riding Free.

Netflix included an official description of the series, which will include some familiar Fast & Furious touchstones.

Teenager Tony Toretto follows in the footsteps of his cousin Dom when he and his friends are recruited by a government agency to infiltrate an elite racing league serving as a front for a nefarious crime organization bent on world domination.

There’s no release date for when the Fast & Furious animated series will speed onto Netflix, but the next two film installments will arrive in theaters April 10, 2020 and April 2, 2021, respectively.