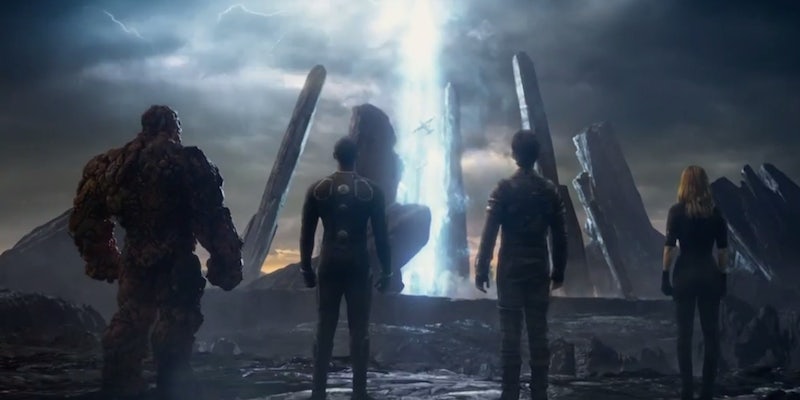 So, does Josh Trank's new Fantastic Four movie look like a "gritty reboot"?

Directed by Josh Trank (Chronicle), the reboot stars a cast of acclaimed actors including Miles Teller (Whiplash), Michael B. Jordan (Fruitvale Station), Jamie Bell (Billy Elliott), and Kate Mara (House of Cards). The first trailer is here, and it bears more of a resemblance to gritty superhero movies like Man of Steel than to the more lighthearted Fantastic Four movies of the mid-2000s.

This reimagining of the Fantastic Four gives the characters their superpowers by transporting them to another dimension. In the trailer, we get a wide-ranging look at the film without giving away any real plot details, including a glimpse of each of the characters’ powers and some hints about their non-superheroic jobs. (Speaking of superheroes, there’s no sign of their costumes yet, if indeed they have traditional versions of the Fantastic Four outfits at all. All we see in this trailer is what appears to be a kind of spacesuit-like body armor.)

The question now is whether Josh Trank’s Chronicle credibility shines through, or if Fantastic Four winds up being dismissed as yet another dreaded “gritty reboot.” Judging by this trailer, it could go either way.