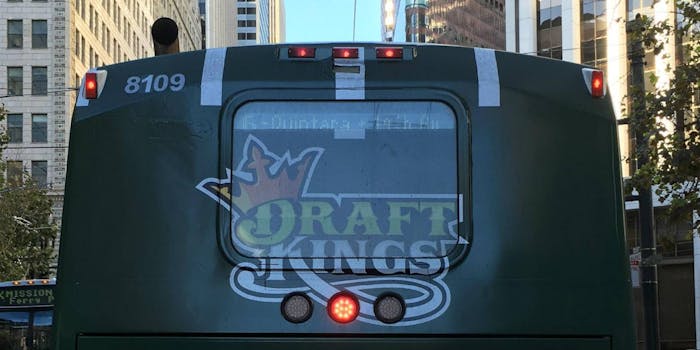 The decision came after entering an agreement with New York's attorney general.

Two weeks after FanDuel stopped offering paid games to Texas residents, the two biggest daily fantasy sports sites suffered another blow on Monday. That’s because both FanDuel and DraftKings announced they will halt paid games in the state of New York, as well.

It’s yet another loss for the DFS industry. Even though Virginia earlier this month made it legal for FanDuel and DraftKings to operate in that state, the banning by another state continues the downward spiral that began last October when a DraftKings content manager won $350,000 playing on FanDuel in the same week he accidentally leaked inside information from his own site.

In November, New York Attorney General Eric Schneiderman sent DraftKings and FanDuel cease-and-desist letters after his office proclaimed that daily fantasy sports was gambling and not, as the two websites contend, a game of skill.

“Unlike traditional fantasy sports, daily fantasy sports companies are engaged in illegal gambling under New York law,” Schneiderman said at the time. “Daily fantasy sports is neither victimless nor harmless, and it is clear that DraftKings and FanDuel are the leaders of a massive, multi-billion-dollar scheme intended to evade the law and fleece sports fans across the country.”

On Monday, as CNBC writes, the two sites made an agreement with the state that it would stop paid contests and not appeal until September.

Yet, hope remains for those DFS users in New York. The state legislature has been considering bills that would regulate the industry and, thus, bring it back to New York residents.

“As I’ve said from the start, my job is to enforce the law, and starting today, DraftKings and FanDuel will abide by it. Today’s agreement also creates an expedited path to resolve this litigation should that law change or upon a decision by the appellate division,” Schneiderman said in a statement Monday.

Along with Texas, New York, and Nevada—which banned DFS sites in November—Arizona, Iowa, Louisiana, and Montana also don’t allow FanDuel and DraftKings to operate. The FBI also has investigated the two sites to see if they violated federal law.

As for New York, FanDuel said in a statement, “We believe this is in the best interest of our company, the fantasy industry and our players while we continue to pursue legal clarity in New York.”