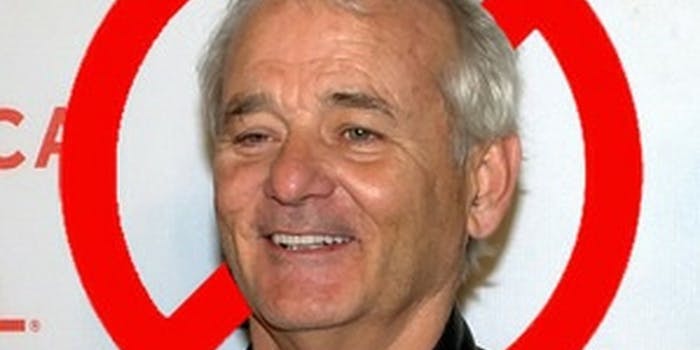 The owner of the account changed usernames multiple times after coming under fire for plagiarizing jokes.

Despite breaking Twitter’s parody rules, stealing jokes from others, and even soliciting money from followers, the @bill__murray parody Twitter account managed to live on. Although the username on the account was changed multiple times, it retained more than 136,000 followers.

But after evading Twitter’s systems for some time, @Dotbizzle is now consigned to history.

The owner of the account (let’s call him “Dotbizzle” for clarity) never made clear that it was a parody of actor and comedian Bill Murray, which fooled some users into thinking they were reading tweets from the man himself.

Dotbizzle was also accused of stealing jokes from prominent comedians and asking Twitter followers for money. He was apparently somewhat successful in encouraging followers to part with their hard earned cash, having promised to follow anyone who donated.

However, Dotbizzle’s attempts to boost the beer fund have come to a spluttering end.

Though the original incarnation of @bill__murray is no more, that handle has been resurrected by a tweeter with a similar philosophy to Dotbizzle’s: “Creativity is great, but plagiarism is faster!”