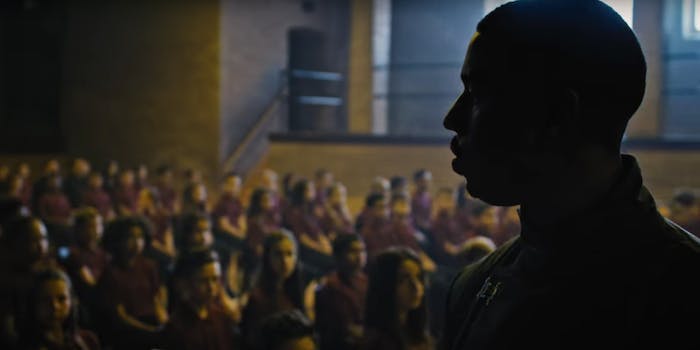 Michael B. Jordan sets fire to books in first trailer for ‘Fahrenheit 451’

It hits HBO this spring.

HBO Films has released the first look at Fahrenheit 451, an adaptation of Ray Bradbury’s dystopian novel starring Black Panther’s Michael B. Jordan and The Shape of Water‘s Michael Shannon.

The story takes place in a futuristic world where the media is everyone’s sedative of choice, history and memoir are outlawed concepts, and books are burned en masse by firemen. Jordan plays Guy Montag, a fireman who starts secretly reading books on the side, causing a rift between himself and his mentor (Shannon). Sofia Boutella and YouTuber Lilly Singh also co-star.

Director Ramin Bahrani recently revealed that while Bradbury set the novel in “the distant future,” he decided to set this updated movie version in “alternate tomorrow, right here right now.” He says the choice made sense for 2018 since the story’s themes are especially relevant in a cultural landscape where “most people only read headlines.”

The movie hits HBO sometime this spring, but no official release date has been announced.