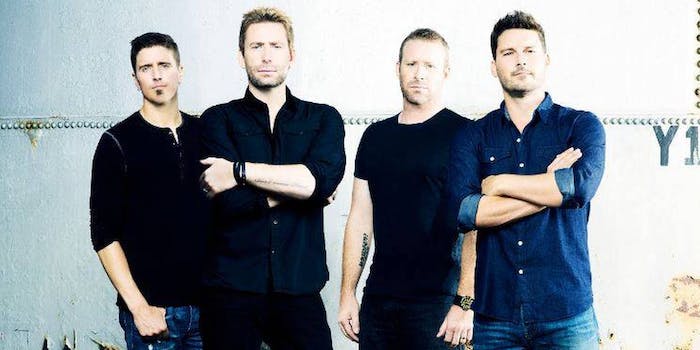 Never made it as a wise man.

After going viral with his “How EVERY Chainsmokers song is written” video earlier this month, YouTuber John Fassold is back at it tackling a new band: Nickelback.

He got over 1,000 requests in his comments to take on the polarizing Canadian rock band, so he obliged despite having only heard two of their songs previously. In preparation, he sat down and listened to four of their albums from start to finish in his dorm room. Then, he pulled a can of almonds off of a shelf to inspire his lyrics.

The resulting song, “I’m All Out of Almonds,” sounds like a hit:

“To make it Nickelback you have to sing with a growl,” Fassold says in the tutorial. “Not like a cool growl, but like, you have really bad indigestion.”

He also lands on an interesting theory as to why you hate the northern rockers so much:

“Where I feel like the hate comes from for Nickelback is really in the vocals,” he concludes. “So you really wanna master that.”