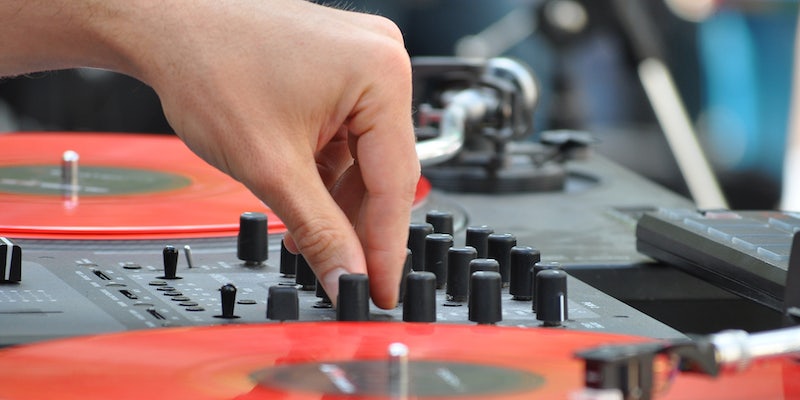 Never going to give you up, apparently.

At a certain point, a meme is supposed to flare out or fade away, right? Not Rickrolling, apparently. Thanks to DJs and electronic dance music, it’s merely changed its clothes.

The build up to the drop in a lot of EDM has become a structure just begging for a prank, and DJs around the world are happy to oblige. We noticed this phenomenon earlier this month. But it was just getting going. Recently, DJs have taken to ramming the ’80s new romantic band Spandau Ballet’s song “True” into the gap.

Here’s an example by an unidentified DJ in Uniun Nightclub in Toronto.

And another from the Adventure Club (a duo not averse to a prank).

You might assign New Orleans DJ and musician Quickie Mart to the latter group. He and fellow NOLA DJ Tony Skratchere co-created a prank genre called “yacht bounce,” which pissed off some fans of the Crescent City’s native hip-hop style.

“As a DJ of 17 years, I have been over-exhausted of ‘the drop,’” Quickie Mart told the Daily Dot. “Electronic music is so much more than that. Like any music that becomes grossly overpopularized, the monetary system sucks out the cultural end and attempts to define a whole genre with limited characteristics, song structure, and sound design. However, this kind of thing seems to build a stronger underground, the starting basis for any new or cutting-edge music.”

Monty Luke, a Detroit-based DJ and owner of the Black Catalogue label is, on the other hand, not so amused.

“I build and create atmospheres for people to connect, party with and yes, use as an escape,” he told the Daily Dot. “I don’t play jokes on my crowds. I don’t approach what I do cynically. At the same time, I also know I’m not curing cancer, but I am providing something that I hope nourishes people minds, bodies and souls.”

Music is always going to be a bit Kirk vs. Spock. Or in the (now immortal) words of Rick Astley: “You know the rules and so do I” vs. “We know the game and we’re gonna play it.”

Photo via Cannabis Culture/Flickr (CC BY 2.0)