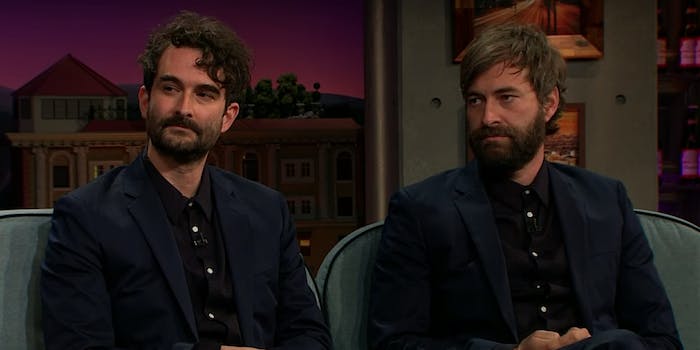 Netflix has given Jay and Mark Duplass a four-movie deal, according to Variety. The first release stars Ray Romano and Mark Duplass and production recently wrapped on the untitled film, which is said to be a “bittersweet bromance about friendship, mortality, and made-up sports.”

The word bromance might make your fists involuntarily clench in 2018, but that’s the Duplass brand. The brothers said in a statement: “Turns out when you make films for Netflix, millions of people all over the world watch them. This is not a terrible thing for an independent filmmaker. As Netflix continues to grow and develop new ways to reach viewers, we couldn’t be more thrilled to grow our partnership.”

its a ton of work for the free @Netflix membership, but totally worth it! https://t.co/AMUmIj9duO via @variety

The Duplass brothers’ very first film, The Puffy Chair, was actually acquired and released by Netflix and Roadside Attractions in 2006, after screening at SXSW in 2005. They previously inked an SVOD deal for other Duplass-related titles like Blue Jay and Creep 2. That 2015 deal will also include the upcoming titles Duck Butter and Outside In, so this new deal promises Duplass content for the foreseeable future, as they pull a Sandler. Fingers crossed it’s just more sequels to Creep.