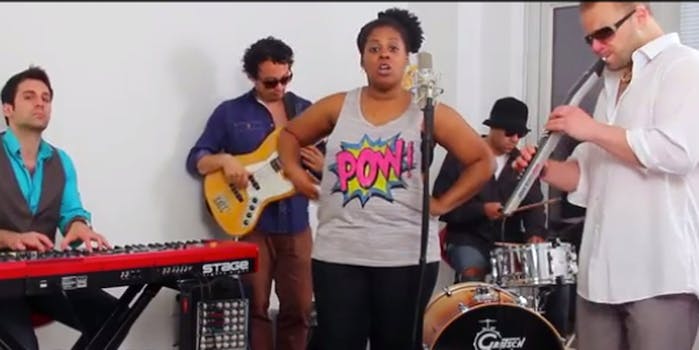 We should probably feel uncomfortable that a song about young anthropomorphic ducks sounds so sensual. Oh well.

Huey, Dewey, and Louie, the main characters of the animated Disney television show DuckTales, were young triplets with quacky, high-pitched voices. They did not wear pants. If there is a hierarchy of animated characters from sexiest to least sexy, the DuckTales trio are not high on that list (nor is their miserly great-uncle Scrooge McDuck, although at least he’s an adult).

Yet the DuckTales theme song, as it turns out, might be something you want to turn up while pouring your sweetie a glass of champagne—at least this oddly sensual cover by POW!GRL and ScottBradleeLovesYa. Tell me you don’t want to shake a tail feather.

Just for comparison, this is Huey, Dewey, and Louie getting in a snowball fight. Not nearly as sexy (but pretty entertaining):