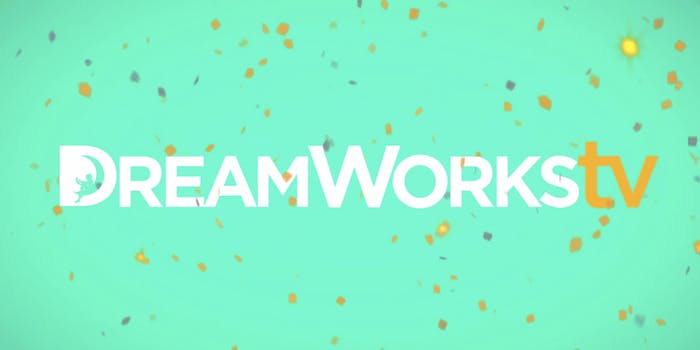 YouTube is ultimately the domain of kid consumers, and efforts for reaching them are constantly under development.

Enter DreamWorksTV, the YouTube arm of the greater DreamWorks, which aims to win kids over not by repurposing already-established winning content and characters, but by breaking new ground.

“As opposed to us being essentially a marketing arm of a broader media organization, we wanted to create a destination where families and kids can go to have a real engagement with properties and characters they love,” explained head of DreamWorksTV Birk Rawlings. “While I understand why other companies do it that way, we want to grow this as a destination.”

Launched one year ago, DreamworksTV courts the “36.1% of kids between the ages of 8 and 15” who call YouTube their favorite website. It’s part of YouTube’s kid-friendly app, itself a startup, developing over 50 new programs in the last year, including a mix of animation and live action. Some worked, some didn’t, but overall the channel is outpacing its established competitors. According to YouTube statistic hub VidStatX, DreamWorksTV is outperforming YouTube pages from Nickelodeon, Cartoon Network, and Disney Channel with 1,287 daily subscribers and 719,256 daily views.

“Honestly, when I started, I thought we had a borderline impossible task ahead of us,” said Rawlings. “The biggest challenge with communicating with the kid market is you can’t track them. But while that is, compared with doing things for adults on digital platforms, a challenge, I come from traditional television and traditional media, so it’s not as big a loss for me. I’m not used to having that kind of immediate feedback either way.”

YouTube, however, is full of feedback, chock full of comments from fans who praise the network’s output or offer criticism. For DreamworksTV to develop a new idea, the litmus test is simply, “Is it fun?”

“We want everything we do to be fun,” Rawlings said. “In terms of the programming and the characters, we want everything to be relatable to a grade-school kid audience. In terms of influencers, in most cases we want their brand and their audience, if not to be kids themselves, to be in a similar space and ecosystem.”

That yields shows like Songs That Stick, featuring kid covers of pop songs, or LifeHacks for Kids, which teaches how to make edible glitter and bowls out of chocolate—both eminently kid-friendly, but also prime for search. The channel also partners with established AwesomenessTV personalities in a kid-friendly way, like JennXPenn hosting a record-setting program. In the end, it’s about treating kids on YouTube like the savvy consumers that they are, and programming accordingly.

“They’re YouTube natives,” said Rawlings. “They don’t have to fumble their way around it. In our programming and our marketing, if we embrace the platform for what it is, which is ultimately a search engine, kids find the things that they want.”