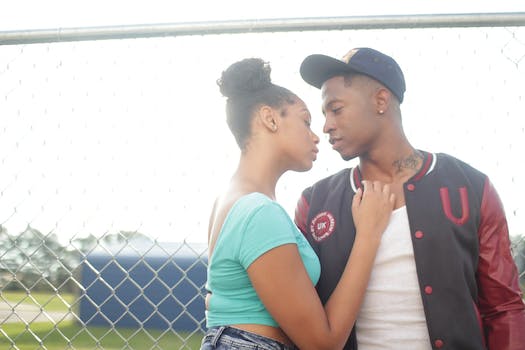 ‘Dream: The Urban Musical’ appeals with great tracks and an aspirational spirit

Since 'Thriller' artists have been creating extended music videos Why not take it a step further?

There’s plenty to suggest that Dream: The Urban Musical should not work. Before you even see it the fact that it’s apparently the “Empire of the Internet” is forced upon you in the same desperate way that B-movies are offered up as likable for being “in the spirit of Bring It On!” or from the people—who exactly?—who brought you Saw III.

Added to this you’ve got the problem of the budget. With rare exceptions musicals are almost entirely surface. Cats introduces a list of different characters without any narrative, one of whom, after being briefly interrupted by tap-dancing cockroaches, gets launched into space on an old tire. It ran on Broadway for 18 years.

The disconnect of song to reality, coupled with the necessary simplicity of lyrics means that characters in musicals tend to be neither as nuanced or as prominent as in dialogue plays. You could not imagine Hamlet having the same complexity in a musical, for example; not least because there is something slightly hammy about repeating a chorus.

And so greater attention is inevitably paid to the other components of the performance. Expensive components: the set, costumes, and in the case of a webseries, the audio mix. “Lavish” is a word seemingly reserved for buffets and musicals.

So you’d think with a smaller budget, Dream would struggle. That it may look cheap and sound horrible. But from the off we’re in for a surprise—it’s damn enjoyable.

The first episode of Theshay West’s series looks sumptuous at times. It has a clean, persistent sound palette, and showcases the considerable vocal talents of Atlanta natives Siergio, Brave Jaxon, and Ayanna across a bunch of surely composed tracks. In short, it’s everything you’d want from an online “urban” musical.

Sure, its narrative is either convoluted or, it’s hard to tell, barely existent—but that’s unimportant if you’re to be distracted by the tunes. And given my views on the overuse of the struggling artist trope, it would seem contradictory of me to demand a greater prominence of those themes in Dream.

So what emerges is probably less of a traditional musical structure and more something closer to a succession of music videos. Which sounds like a criticism but when emerging in a forum like YouTube fits. Since Thriller, artists have been creating extended music videos, so why not take it a step further, featuring more than one voice?

And it’s this aspirational spirit that really appeals. Producing a musical of this scope on a limited budget is almost shoot-the-moon stuff. You get a real feeling that West could have taken on less risk and gone smaller with something more domestic and personal. But Dream is his chance to make a grand splash. And on the evidence of the first episode he’s just about done it.

Photo via Dream: The Urban Musical