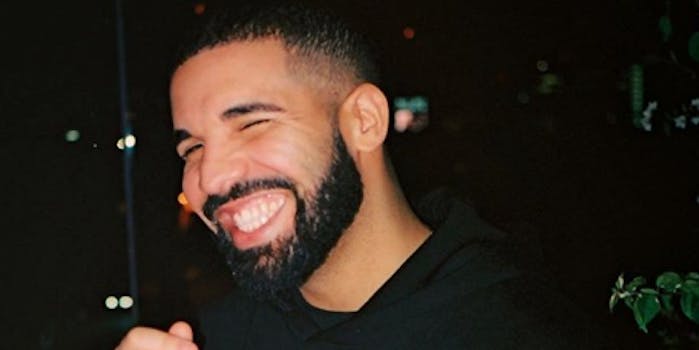 All Drake wants for his birthday is this $160,000 Harry Potter book

A lot of fun tidbits came out of Drake’s Hollywood Reporter profile this week—he’s rebooting one of his favorite shows for Netflix, he’s been quietly collecting Birkin bags for his future wife during his travels—but one of the most eccentric ones is mentioned so briefly you might miss it: Champagne Papi has been trying to track down a certain first-edition copy of “Harry Potter and the Sorcerer’s Stone” for four years.

When the topic of J.K. Rowling‘s fantasy series came up, Drake let it slip that he’s more active than your average fan.

“Yeah, I read them all,” he started, which is nothing too wild. Then the topic of the beloved first-edition finally hitting the market for $160,000 came up.

Two tiny diamonds glinting from his front teeth as he breaks into a wide smile. I tell him I’m reading the series to my kids, and he immediately peppers me with questions, “What book are you on?” “Goblet of Fire,” I respond. “What part?” Then, as if to talk himself into the purchase, he says: “I should get it. My birthday’s coming up. Maybe I’ll buy it for myself as a treat.”

Who among us, if we were selling out concerts from Amsterdam to Auckland that gross more than $1 million a night, would not buy ourselves an over-the-top birthday present just because we could? But would everyone buy themself this particular birthday present? Probably no.

For those who are keeping score that brings it to Drake: 3, The rest of us: 0.