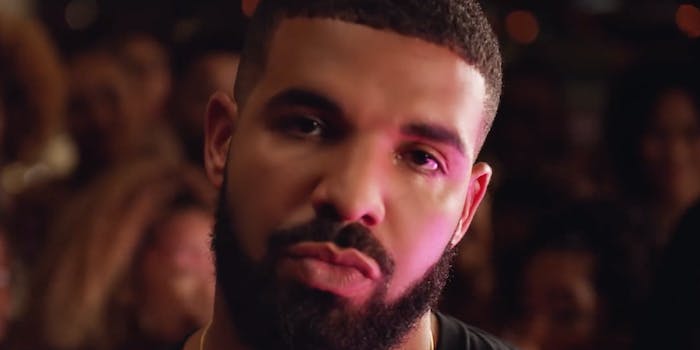 Drake fans are emotional after release of ‘Care Package’ album

The compilation of b-sides and fan favorites is now streaming.

Care Package is a 17-track compilation of previously released B-sides and fan favorites that Canadian Teddy Pendergrass dropped between official releases. Interesting enough, the album is listed directly and only under the OVO (October’s Very Own) label. Cash Money, Young Money, or Frozen Moments LLC—all previously affiliated with Drake’s output—are nowhere in sight, which could be its own signaling on Drake’s future recording status.

“Some of our most important moments together available in one place,” he explained via Instagram post. The album allows fans to stream loosies on a single (legal) digital document, including “Trust Issues,” “Jodeci Freestyle (feat. J. Cole),” “Paris Morton Music,” and “5 AM in Toronto.”

Of course, as could be predicted, the release elicited a bevy of hilarious social media responses, running through the gamut of lost-and-found emotions, notions of calling that old flame, and otherwise reckless romantic behavior from yesteryear.

Me listening to drake care package thinking about the past pic.twitter.com/8GazEPkPbJ

Even NBA star and Minnesota Timberwolves center Karl-Anthony Towns had to chime in.

Care Package bringing back those memories we ain’t ready to remember.

Me listening to Care Package omw to work pic.twitter.com/wx3HvjoFeR

Care Package might get a lot of retired savages off the bench for one last run at the title.

Even “Hot Girl Summer” was put on hiatus.

so this summer was meant to be a hot girl summer but drake went and released care package to have us all in our feelings from shit that happened in 2012 like we haven’t heard the songs 1000000008x. #CarePackage pic.twitter.com/wdAeaHnaQV

Care package is going to have you resurrecting emotions you thought you buried 8 years ago. pic.twitter.com/FWZvioVdJ4

That Drake Care package got a pimp in his feelings pic.twitter.com/nL5KpY1tec

One of the savvier social media users, Drake obvious knows what he doing. Care Package is a stroke of genius that will hold the faithful (and newbies) over until his next major release. Listen to Care Package below.