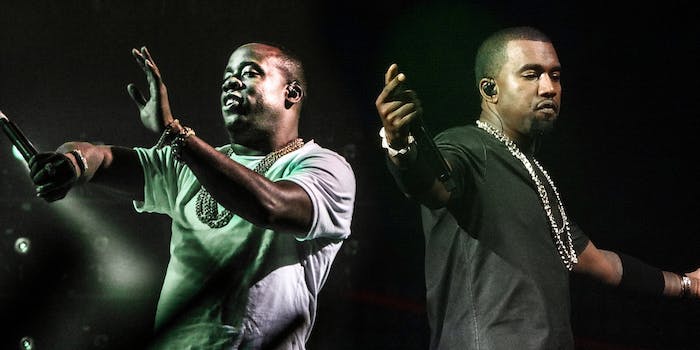 The 9 best surprise appearances by rappers this year

Is anything on this planet more exciting?

Is there anything more exciting on this planet than when you’re at a rap concert and a rapper brings out a surprise rapper?

It’s become a Twitter-seizing stunt in live music. Whether you’re some dude in Austin, Texas, trolling your audience with an impostor or Kanye West swooping onstage during Drake‘s OVO Fest this week to do karaoke, the leading trope is a bulletproof power play: The crowd goes wild and scrambles to upload jubilant social media.

The pop-up rapper is so common, however, that it’s created unreasonable expectations for patrons. West may grab the microphone to rant about Taylor Swift and then insist on plugging in his laptop to debut new music at a Yo Gotti listening party, sure, but that doesn’t mean he’ll crash the stage at the Tacoma, Washington, stop of the Summer Sixteen tour.

As the ploy continues to dazzle audiences with no signs of slowing down, here’s a look at the year’s most bugged-out moments.

Amid rumors that the two biggest names in rap are working on a joint album, West rose from foggy puffs like a supervillain Monday night to join Drake in performing “Pop Style.” (Rihanna and French Montana also made surprise appearances.) Was the moment fleeting? Yes. Was the performance good? No. Was being present for a strategy briefing between the game’s most enlightened minds a blessing? You’re damn right.

2) Kyle brings out Future… but not actually

In February, rapper Kyle trolled his Austin audience by expertly following the recipe: His DJ spun a trusted and beloved song, a tall black man dressed like Atlanta rapper Future (sunglasses, a hat, did we mention he was tall?) came out holding a styrofoam cup (for lean!), the mostly white and youthful crowd blinded itself with smartphone flashes, accented a Snapchat caption with emoji, and it was lit. Too bad it wasn’t Future:

Fresh out the feds, the recently incarcerated Gucci Mane celebrated his return home to Atlanta last month at the Fox Theatre with star-studded assists from chart-topping colleagues: Fetty Wap performed “Trap Queen,” 2 Chainz ran out for “MF’n Right,” Future for “March Madness,” and Drake for “Jumpman.”

4)  Yo Gotti brings out Kanye

During a February listening party for Yo Gotti’s latest album The Art of Hustle, West seized the private gathering to vent about his finances and an ongoing Taylor Swift feud. He debuted “Saint Pablo,” a song that was retroactively added to his album The Life of Pablo months later.

It may have stolen Gotti’s shine, but without West’s wattage his listening party wouldn’t have made national headlines. But if he’s ever at your wedding, you probably want to make sure he doesn’t give a toast:

5) Lollapalooza brings out Chance the Rapper

As Malia Obama attended Lollapalooza in Chicago last week, hometown hero Chance the Rapper became the event’s second-biggest attendee. His new album Coloring Book is among the most critically acclaimed and popular with the kids, but he wasn’t on the bill. Thankfully he appeared onstage at Future’s set, and alongside NBA star Dwyane Wade during Flosstradamus. (Chance likewise made multiple, unannounced appearances at Bonnaroo—someone probably should have just booked that dude.)

Barbershop: The Next Cut star Ice Cube set the tone for festival season in April during his Coachella set when he peppered it with surprise G-funk icons Snoop Dogg, MC Ren, and DJ Yella, in addition to fellow Hollywood actor Common. (The two sparred in the ’90s over Common’s subtweet-laden single “I Used to Love H.E.R.”) Dr. Dre did not make it out, but the three-fifths N.W.A. reunion ran through the feel-good hits.

7) The Illmore brings out… Tory Lanez??

Since its off-the-grid origins at South by Southwest, the Illmore has become rap’s most mythical afterparty. It’s easier to get into Harvard, the New York Times noted; and it’s featured a bubbling cauldron of new-wave rap stars like Kendrick Lamar. But 2016’s Illmore, after days of hype, closed with a 15-minute set from Tory Lanez. (Hey, Johnny Manziel reportedly showed up and defeated Lil B at bowling.)

I dug it, despite the rampant disappointment.

No pop-up duet was more heartwarming than watching former G-Unit teammates and longtime enemies 50 Cent and the Game bury the hatchet this week after 11 years of public disdain toward each other… in the strip club. Technically nobody was performing, but the lasting image of the pair peacefully interacting and then making it rain is the most thrilling conflict resolution you’ll ever witness.