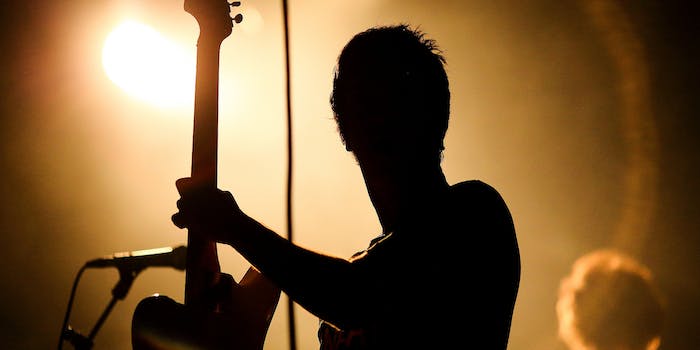 DJ trio mashes up your most embarrassing emo favorites with Adele, Drake

Los Angeles remix trio Captain Cuts struck paydirt this week with its zany reconsideration of early 2000s emo. The scavenger hunt of glossy, expensive pop rock hits from bands like Dashboard Confessional and Fall Out Boy is here mashed up with modern top 40 from the likes of Drake and Adele.

Many of these bygone bands are nothing but chat logs—reminders you were once a naively earnest AOL emoticon of an embryo. But it turns out that Captain Cuts’ resulting SoundCloud suite, If You’re Listening It’s Never Too Late, is a richly compelling thought experiment.

Would you ever want to publicly stream this 30-minute mix? Of course not. But think about how you listened to Jimmy Eat World, and you’ll immediately give in to the project: in front of the family desktop, headphones on, exploring a more rigid and slow Internet.

Moments like Jimmy Eat World’s “Sweetness” floated over Gotye, or Saran-wrapping Sum 41’s “Fat Lip” over “Uptown Funk,” show how truly engineered for shameless pop these hidden-under-guitar hits were. And all of your embarrassing favorites are here: Head Automatica’s “Beating Heart Baby,” multiple Blink-182 pop-ins, the opening guitar strums from Taking Back Sunday’s soaring and swooshing “Cute Without the ‘e’” tingeing Adele’s “Hello.”

Turns out DJ Snake and AlunaGeorge’s “You Know You Like It” serves as a learned backdrop for “Hands Down” because the world is an unbearably high-calorie, sugary place. Bon appetit.